KDRTV NEWS: The Supreme court has suspended the swearing-in of Anne Wananu as the Nairobi county boss for two weeks after the former Governor Sonko applied.

Supreme court Justice Mohammed Ibrahim suspended the swearing-in to allow Mike Sonko to argue his case before the court.

Mr, Sonko reportedly rushed to the supreme court after the court of appeal dismissed his application to stop Ms. Kananu from assuming office last Friday.

This has come days after Sonko posted on his social media saying that he accepted the ruling by the court of appeal and would move on.

Mike Sonko has maintained that his impeachment was illegal and politically inflicted.

He also said that Ms. Kananu unlawfully assumed the position of Deputy Governor and that she was being prepared to be the governor unconstitutionally.

“If the intervention sought herein is not granted the jeopardy suffered by the Appellant herein is double – both the Court of Appeal in the 2 Appeals alluded to above and this Honourable Supreme Court will be left with Appeals and a Petition of Appeal respectively that are merely academic as the Nairobi City County Governor position which has been preserved so far will have been unlawfully taken by the 11th Respondent (Ms Kananu) herein,” he said in an affidavit

Mr. Sonko has also revealed that the court of Appeal indicated that they could be compensated for the damages but could not stop the swearing-in of Anne Kananu. 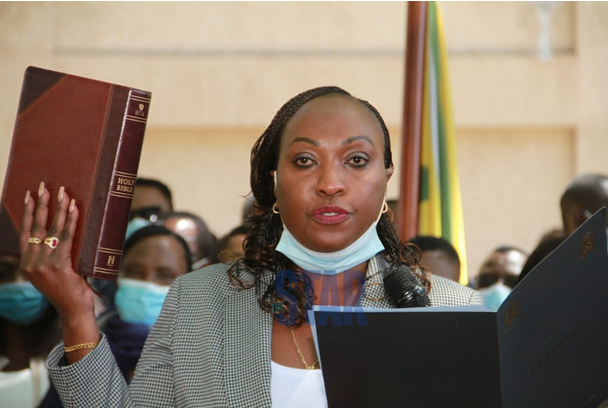 Mr, Sonko was impeached by the Nairobi county MCAs after being accused of gross misconduct.