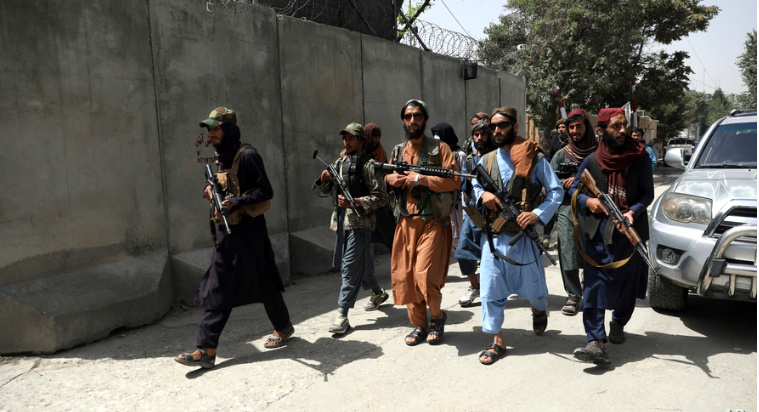 Taliban fighters patrols the streets of the city Kabul in Afghanistan

KDRTV NEWS: The world is watching the proceedings of the Taliban after they broke the vow of not engaging in retribution.

The group has continued to consolidate power in Afghanistan after the US troops left the country.

The recent reports from the country indicate that the   Taliban violently dispersed protestors who were determined to replace the Taliban flag with the Afghanistan flag.

During the violent confrontations, at least three people were killed by the Taliban fighters.

Reports indicate that Taliban fighters fired bullets into the air and beat the civilians using batons in Jalalabad, where a group of demonstrators tried to take down the Taliban flag on Wednesday.

Apart from the three deaths, many other protestors sustained severe injuries. So far Taliban is yet to comment on the events.

The is even though the Taliban vowed on Tuesday to respect women’s rights within the Islamic law and form an all-inclusive Islamic government.

The United States and Britain said they would liaise with other nations to establish the best model for Afghanistan.

“We will judge this regime based on the choices it makes, and by its actions rather than by its words, on its attitude to terrorism, to crime and narcotics, as well as humanitarian access, and the rights of girls to receive an education,” British Prime Minister Boris Johnson told members of parliament Wednesday.

UK PM Johnson spoke to the President of the United States and discussed how they could work with other nations to help Afghanistan.

The United States had evacuated more than 3200 people, including Afghans, following the expanding might of the Taliban.