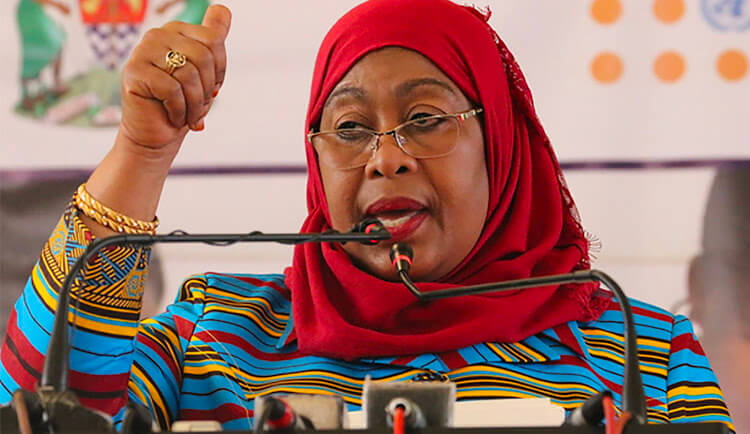 KDRTV NEWS: Tanzania has recently bowed to pressure from United Nations (UN) and lenders who have called upon Dodoma to release Covid data.

UN and Bretton Woods Institution urged Tanzania to corporate since that was a precondition for lending.

“Soon, the government will officially announce measures on how to address the Covid-19 pandemic in Tanzania,” government spokesman Gerson Msigwa told The EastAfrican.

The move by Tanzania emerged after the International Monetary Fund (IMF) on June 9 pushed Dodoma to start releasing Covid data threatening that it will withhold a $571 million loan if Dodoma will not corporate.

“In order to justify emergency financing in the context of the pandemic, you need to publish relevant public-health data. Publication of such data would be a precondition moving ahead,” said IMF’s resident representative in Tanzania Jens Reinke.

Despite the announcement, Tanzania had advanced in its strategies to battle the pandemic after a task force was established by President Samia Suluhu.

The task force is chaired by Said Aboud and has submitted a Covid mitigation plan.

“The government has made arrangements on how to address the Covid-19 pandemic. When the government states its official position, it will include all that the IMF is asking for,” said Mr Msigwa.

During the presentation of the 2021/2022 budget on Thursday, Finance Minister Mwigulu Nchemba said that the government is engaging the IMF over a loan of $571 million.

KDRTV establishes that Tanzania under the administration of former President John Magufuli despised the threat posed by the pandemic.

The President disregarded the cautionary measures to halt the spread of the pandemic.

The former President went ahead and instructed the Tanzanian Minister of Health to stop publicizing Covid data.

The late Magufuli at some point announced that Tanzania had health from the pandemic and even downplayed effort to secure vaccines.

However, the new administration of President Samia Suluhu apparently is taken another direction after a task force was formed to mitigate the pandemic.