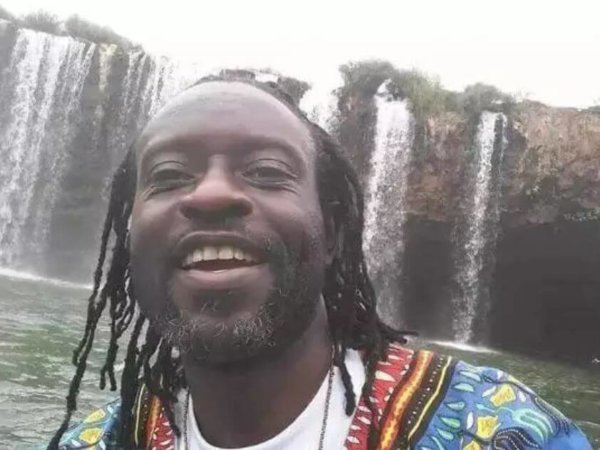 (KDRTV) – Former NTV Swahili news reporter and presenter, Lolani Kalu’s heartbreaking story was brought up to the attention of Kenyans just the other day. The guy has been living in abject poverty after being sacked from the Nation Media Group-owned station.

Kenyans of goodwill were touched by his situation and they decided to contribute something for his upkeep. He spoke to K24 Digital on phone from his Kaloleni home in Kilifi County on Wednesday, 30th September 2020. The eloquent journalist said that he is grateful for receiving immense support from Kenyans, who have so far contributed KES 200,000 towards my financial revival.

“In fact, most Kenyans have contributed over KES 100. I am so grateful to everyone that has supported me. This will help me acquire some Journalism equipment that will assist me in doing what I do best,” said Lolani.

Most Kenyans were able to send their contributions using mobile money. He was speaking during the K24 TV’s 1 pm bulletin. He will now use the money to buy cameras and sound equipment.

The guy also revealed the person behind his fall. After his unfortunate retrenchment from Nation Media Group, he was conned of KES 2 million by a contractor that was supposed to build him his Njiru home in Kasarani, Nairobi. That is when he went broke and decided to return home where he has been suffering.

The rest of his savings were consumed in treating his father who later passed on. His mother is also not of sound health and he is struggling to take care of her.

Lolani now plans to venture into content creation. He will use the equipment that he will buy to create content that he will sell to media houses. He is very good at that.

We can only hope that the talented journalist will be back on his feet as soon as possible.