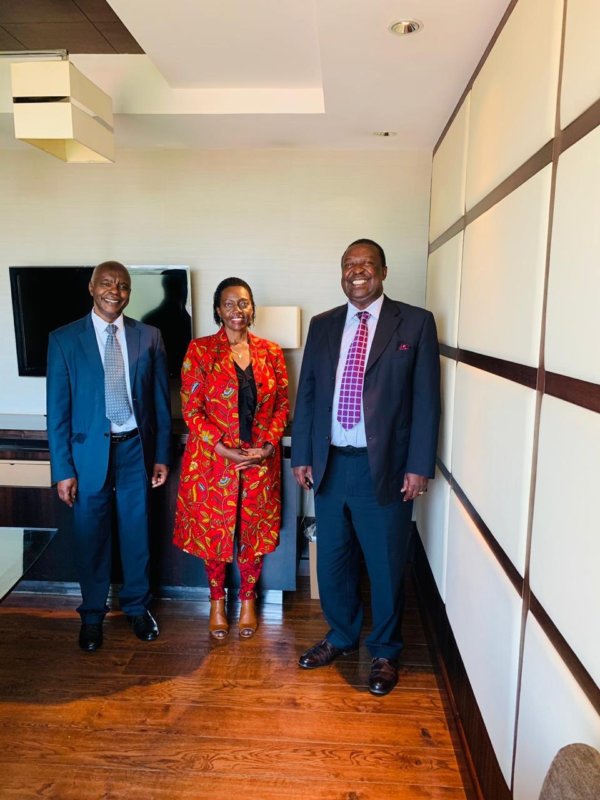 (KDRTV) – National Rainbow Coalition-Kenya (NARC-Kenya) party leader Martha Karua was a strong presidential candidate in the 2013 elections. But unfortunately, she could not stand a chance because of Kenya’s political landscape.

She then had a fierce 2017 battle for Kirinyaga County gubernatorial position with Ann Waiguru, which she lost. Since then, the iron lady has been rather off the political arena leaving his supporters speculating on what might be her next move. She has, however, been very active on her social media handles.

The 63-year-old presidential hopeful attended a high profile meeting with Amani National Congress (ANC) party leader, Musalia Mudavadi, and Makueni County Governor, Kivutha Kibwana who had also made public his desire to occupy the house on the hill.

All three leaders have expressed their interest in the country’s top seat and having a meeting together left Kenyans speculating on what they might have discussed. But after the meeting, they said they deliberated on the state of the nation and emerging economic, social, and political scenarios.

READ ALSO: President Uhuru Issues A Fresh Directive On The Reopening Of Primary And Secondary Schools

Keen observers and analysts speculated that the former Justice and Constitutional Affairs minister must have been requested to deputize Mudavadi so that they make an indomitable team come 2022.

“I would love the idea of Martha as a DP. We would have a good nation,” One Twitter user by the name Mugo Ben remarked.

The tweet came to her attention and she responded quickly. She appears to fancy the presidency more than anything else.

“Why not Prezzo!!” exclaimed Martha Karua.

Being one of the most seasoned politicians in Kenya, Martha’s opinion on the country’s political matters is always taken seriously.

She is one of the politicians that are strongly opposed to the Building Bridges Initiative that is being spearheaded by former Prime Minister Raila Amollo Odinga and President Uhuru Kenyatta.

Only time will tell whether a coalition between Martha Karua, Musalia Mudavadi, and Kivutha Kibwana will be formed before the 2022 elections.