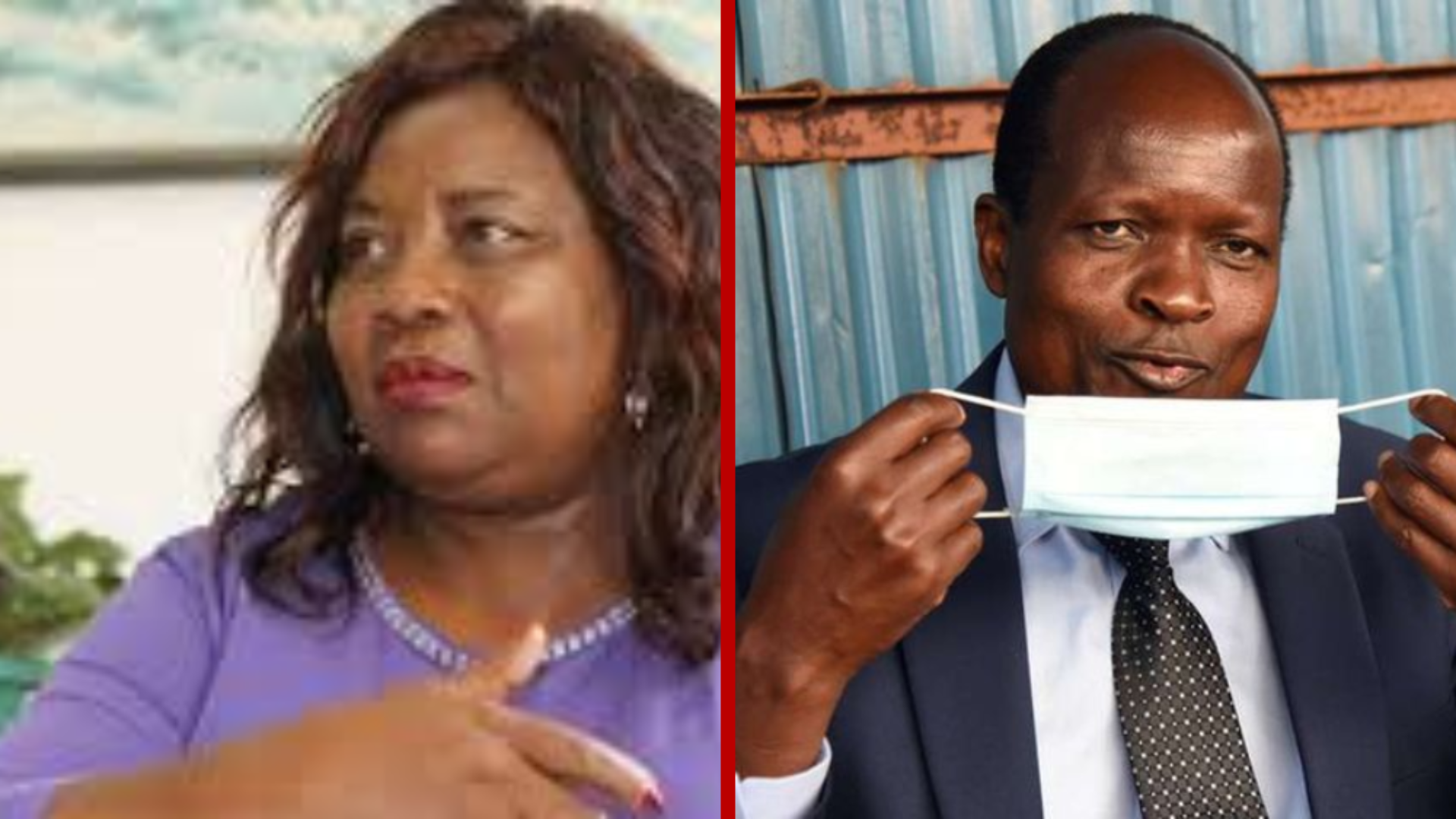 (KDRTV) – In October 2018, Migori Governor Okoth Obado told detectives that he was with Mama Ida Odinga, the spouse of ODM leader Raila Odinga, on the day Rongo University student Sharon Otieno was murdered.

According to unconfirmed reports, the Governor’s phone had been traced to Homa Bay County, on the day his pregnant girlfriend is alleged to have been murdered. However, Obado said he was in Nairobi on the night of the murder and even dragged the name of the former Prime Minister’s wife to strengthen his point.

It is not clear if police reached to Mama Ida to corroborate Obado’s statement but the fact that the Governor is still walking free could mean his statement held some water.

A local newspaper reported last week that Mama Ida and her brother in law Oburu Odinga brokered a deal which saved Obado from the wrath of ODM. ODM had announced plans to impeach Obado in September. The party has now ditched those plans.

You can’t impeach Obado because @RailaOdinga loves and protects him. Raila, a liberator, a progressive leader turned a protector of murderers and economic thieves.
A younger Raila, HERO, IDEALIST, DISRUPTOR, older RAILA? History will judge him harshly! Truth be told. #TeamCourage https://t.co/UCl7X7iiw7

KDRTV understands that Mama Ida and Obado have a long history together. They are homies as both hail from Uriri Constituency in Migori County.

The relationship dates to 2014 during the funeral of  Ida’s mother Rosa Oyoo. Obado is believed to have played a crucial role in the funeral, including dispatching a tractor from the county government to grade the burial site. Ida was so impressed with the governor that she warned leaders against booing him during the funeral.

ODM party has abandoned its push to have Migori Governor Okoth Obado impeached. The party leadership has summoned ODM MCAs from the county to reconcile warring factions in the asembly and communicate the parties decision to drop the impeachement bid. #KTNPrime pic.twitter.com/UQLGLB7w58

Fast forward to the 2017 elections, and Ida is said to be the one who advised Obado to join ODM with an assurance that he will get the party ticket.

Mama Ida is said to have ensured that Obado beat his fierce rival Ochillo Ayacko to the party ticket in the nominations. Migori town residents organized a demonstration against Ida at Posta grounds in the aftermath of the nominations, accusing her of defending Obado.

Last week, the Raila family invited Obado and even allowed him to speak as they hosted Kikuyu Elders in Bondo.

In what could be an improving relationship between Raila Odinga and Migori Governor Okoth Obado, Mama Ida Odinga on Friday represented the former Prime Minister in the burial of the governor's mother-in-law.

It seems Obado has the right connection and is not going anywhere.