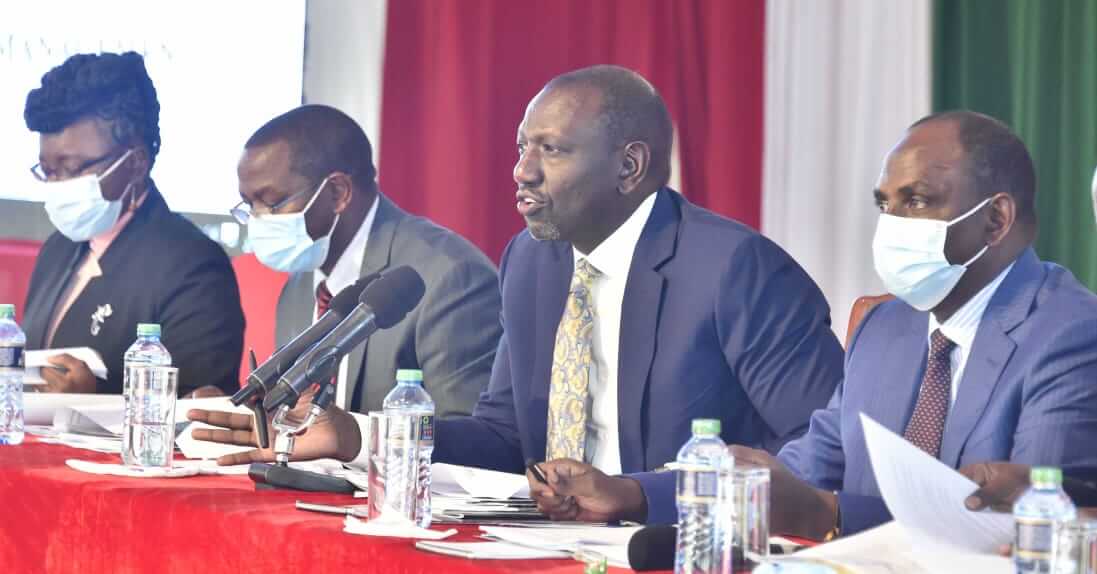 Deputy President William Ruto has opened up on the controversial cancelation of his private meeting scheduled in Uganda.

In an interview on Inooro FM and TV, the DP said that the cancelation was all in an effort to show that he’s weak, powerless, and most importantly to embarrass him.

The DP said that he was shocked when he was stopped for clearance and wasn’t going for any official business but his personal.

“There is a song Matatizo Tumeyazoea. There are many MPs who have been de-whipped from key (parliamentary) committees. I have also been sidelined. What happened was to belittle me so that I’m seen as worthless,” lamented Ruto.

Ruto revealed that he was flying to Uganda to attend the commissioning of a Covid-19 vaccine plant put up by a foreign investor.

He said through a phone call, he helped Harun Aydin, the Turkish investor behind the saga to get a Ksh 15 billion loan from Equity Bank which would be used to build the factory.

READ ALSO: My Employer Forced Me To Watch Their Group Sex Every Saturdays- Woman Exposes Bosses

He however denied that Aydin is a terrorist as some have claimed.

“I helped him on one phone call. He said the benefits Ugandans will get are the same that Kenyans will get. There were three businessmen in that trip. The Turkish Embassy has issued a statement confirming that the gentleman is an investor who has a valid work permit,” he said.

Ruto said that politics was behind the saga and that it was shocking people were ready to sacrifice investors just to see him suffer.

“Those trying to claim that this person is a terrorist are destroying the image of our country. How can you call a person who has invested in the country a terrorist,?” he asked.

He went on: “People are trying to brand Aydin as a terrorist yet he is an investor. This is how we scare investors away from Kenya.”