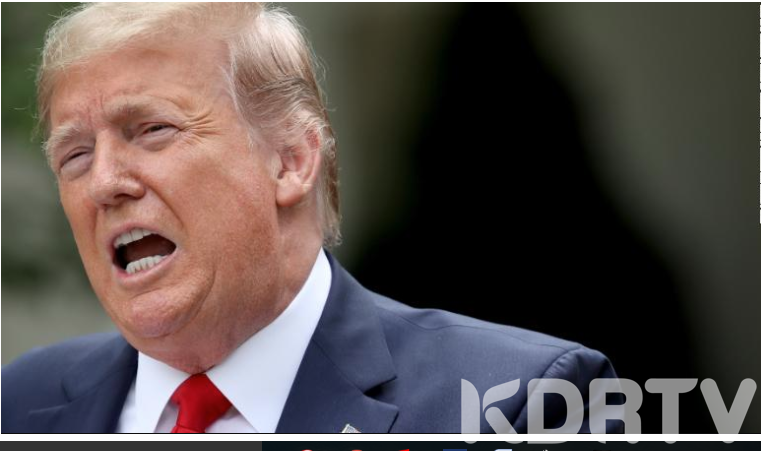 (KDRTV)-President Donald Trump has launched a fierce attack on China and has proceeded to cite range of misdeeds Beijing has done to violate Hong Kong`s freedoms,  on Friday.

“They’ve ripped off the United States like no one has ever done before,” Trump said

Trump said that China had raided their factories and gutted the American industry, and thus he will do everything to protect the integrity of America

President Donald Trump went further and blamed China for the spread of the novel coronavirus.

According to him, China covered up the virus when it was first detected in Wahun city.

In his statement, Trump wondered why China was able to prevent the virus from spreading to other places in China such Beijing, but allowed it to spread to other parts of the World including Europe and America.

According to our previous reports, the US had hinted that the coronavirus was  made in a laboratory in Wahun city.

At the same time, China at one point was quoted blaming the US for the spread of the same virus

Thus, the rift between two giant countries has continued to widen amid fears of coronavirus infections

During the same presser, the President also compared the US and Chinese contributions to the World Health Organization (WHO). He said that the US is contributing much more than China

Consequently, he announced that the US is going to pull out of the WHO since what they got in return from the Global health agency, during the coronavirus pandemic, is not comparative to their contribution