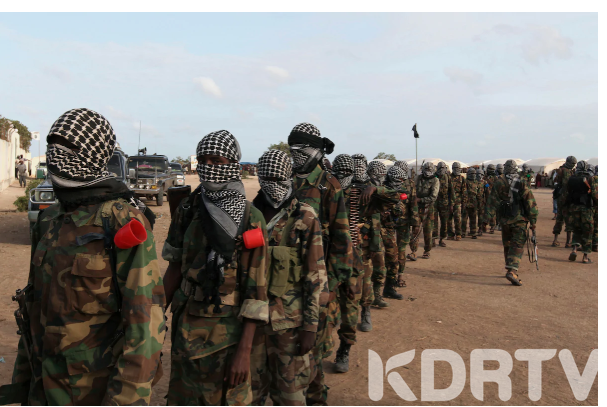 (KDRTV)-Police officer in Kwale has shot dead three people including two children who were used as shield at their home in Kibundani in Coast Diani, Kwale county.

According to our sources, the incident happened at the wee hours of Saturday night, May 30 when a group of elite officers who were on patrol mission received hint of a schemed Al-Shabaab attack

Police reports indicate that the mastermind behind the planned attack was known as Said  Chitswa,  a recruiter of the militia group

However, according to the very reports of police, the group was planning to attack undisclosed police station.

After the police officers intervened, he led them them to the house of Mohamed Mapenzi commonly known as Spanya within Kibundani in pursuit of firearms.

According to police reports, other two suspects were arrested and are due to be processed for justice

On the other hand, the three remains were taken to Kwale morgue pending postmortem

“Only 23 officers have returned to the post and 3 are still unaccounted for. Tracing for the National Police Reservists who were guarding the masts and hospital is going on,” police said in a statement.