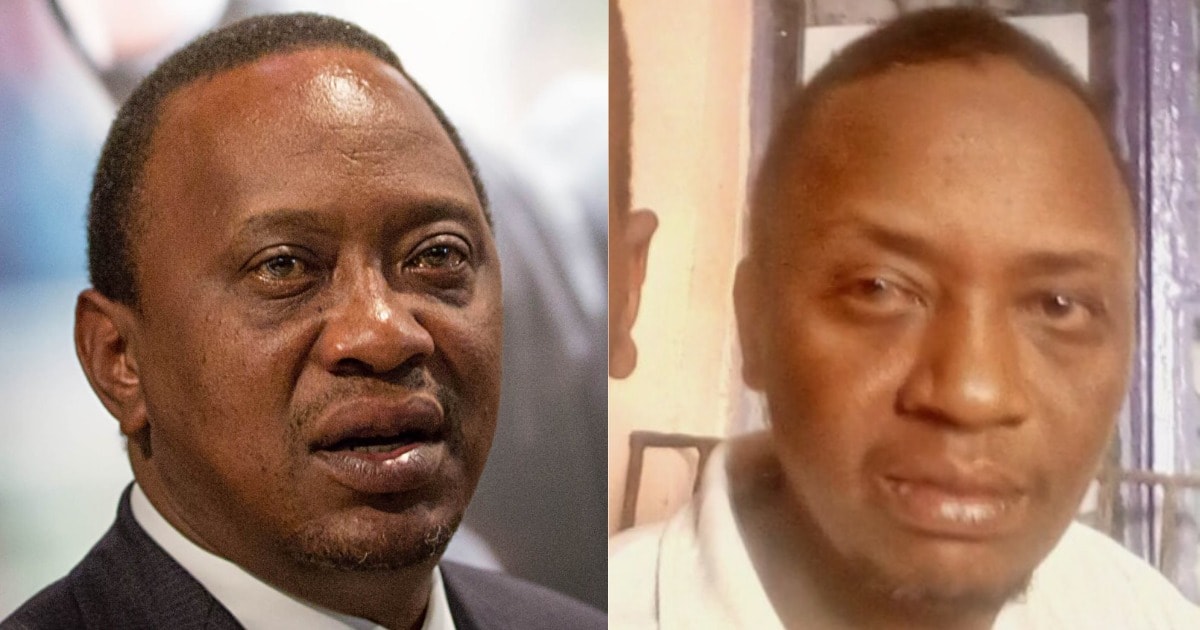 Micheal Gitonga, a man who has been in the headlines for quite some time now for his striking resemblance to President Uhuru Kenyatta, believes they might be related.

Gitonga sat down with TV47 news where he revealed that they should have a DNA test which will officially settle the matter.

“I would want a DNA to establish if we are related,” he said in the interview.

“Many call me Uhunye wa Umoja and I have hopes that one day, I will be able to meet my brother. I think he is my brother.”

Gitonga shot to instant fame in 2020 after his photo hit social media. Since then he has been an internet sensation used in different marketing promotions and campaigns.

He said that since he shot to fame, people think he’s rich and try to ask for money and other favors from him.

“You find guys asking me for jobs, favours. People want me to link them with certain people. I had to ‘assume’ them. Just listen to their problems and walk away. Because I’m also hustling,” he said.

Gitonga further said that he moved out of the house he was gifted after staying in it for only four months and added that people used him for marketing purposes and that life was too expensive for him to survive.

The father of three who owns a wines and spirit in Umoja Estate confessed to battling alcoholism saying that he has been in rehab for three months now.

“I stopped taking alcohol, and I currently work with Catholic sisters and NACADA,” he said.

Make KDRTV your home for the latest Kenya News bookmark our site. Make sure you follow us on Facebook, Tw

Subscribe to watch latests videos
In this article:president uhuru keyatta