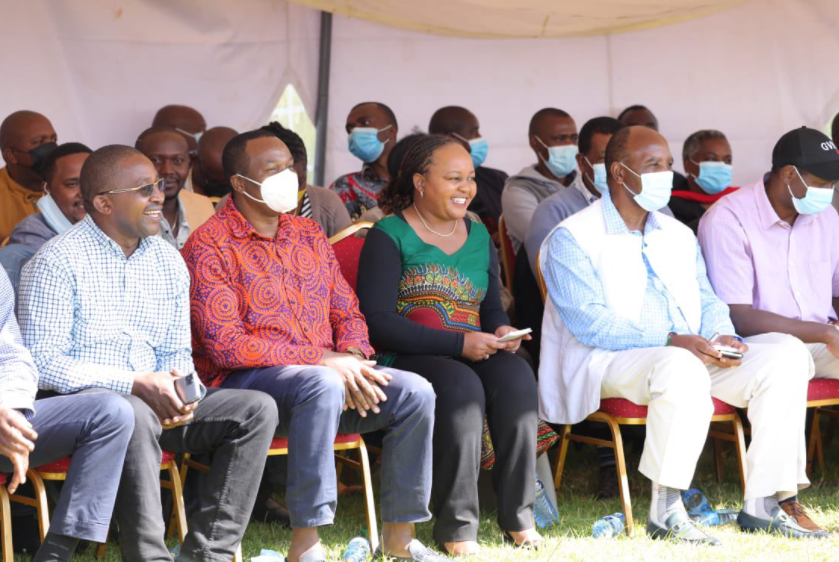 KDRTV NEWS: A faction of Central Kenya leaders allied to President Uhuru Kenyatta has held a meeting to fire shots to rival outfits.

The leaders called for unity among them and warned factions, camps, and alliances within the region that would divide their votes.

However, the leaders encouraged those with leadership ambitions to present themselves but discouraged the illegal installation of leaders in central Kenya.

Many people especially those having political ambitions in 2022 have been considering central Kenya as a prime voting bloc.

In their meeting in Nyeri, the section condemned the already emerging outfits in the region.

According to them, the emergence of new political outfits in the region with divide the region`s vote and weaken its negotiation strength for the presidential race in 2022.

The division was also evident following the controversies that marred the coronation of National Assembly Speaker Justin Muturi.

The Speaker was coronated as the speaker of the region, however, a section of the council of leaders re-emerged and dismissed the coronation and insisted that [resident Uhuru Kenyata was still the spokesperson of the region.

However, allies of President Uhuru Kenyatta are pushing for a united alliance as the 2022 polls are around the corner.

“As we confront the next election united, we shall reach out to our brothers and sisters so that we can have a complete team and approach it based on our interests as a Mt. Kenya region,” said Nakuru Governor Lee Kinyanjui.

Embu Governor and the CoG chairperson said: I can’t go another way besides the unity of Mt. Kenya region.

Mt. Kenya is a highly contested prime voting zone given the fact that there are no influential presidential candidates for the 2022 elections.

“We have encouraged as many people who have political ambitions to express them, then at the opportune moment we will be able to meet as the mountain and make that final decision.”