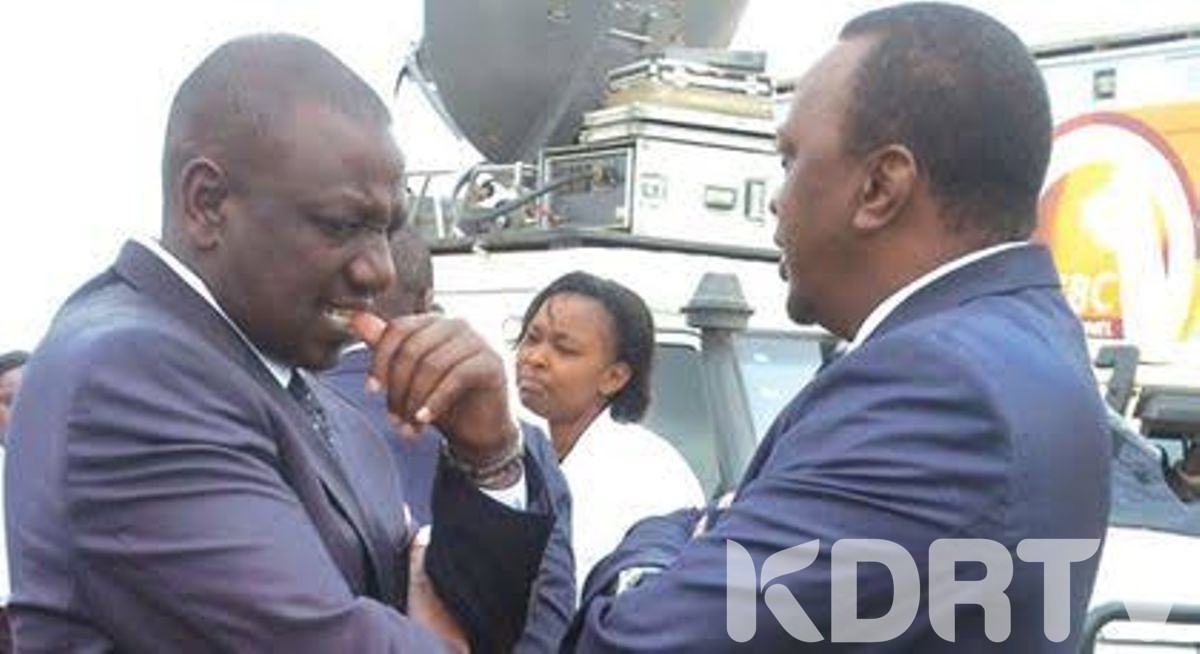 (KDRTV) – Fresh details have emerged on what transpired during the Jubilee Parliamentary Group Meeting on Tuesday last week.

President Uhuru is alleged to have read the riot act to his Deputy William Ruto. Those who attended the meeting claim that the President fell short of announcing that Ruto would not succeed him.

In a meeting which lasted for barely an hour, Uhuru likened the Succession Politics to a relay race.

He said he was for the completing the journey together with his Deputy but Ruto irked him after leaving his spot to go and pick the baton instead. Uhuru was referring to the early campaigns which have split the ruling party into two factions of Kieleweke and Tanga Tanga.

He said such a person, who starts early campaigns, can never win because he will be already tired when the real race starts.

What scares Uhuru and Raila is that unlike the latter, Ruto is being respectful and obedient to Uhuru even when pushed to the wall.

If it was Raila in this position, Uhuru would not have peace now. Raila would personally be uprooting the railway to sabotage his govt.

According to Daily Nation, the President also admonished Tanga Tanga Members for making his government look like a seven headed snake.

The meeting ratified the ouster of Ben Washiali and Cecily Mbarire as Majority Whip and Deputy respectively.

Majority leader Aden Duale survived the purge but KDRTV has credible reports that Duale will face the chop in another PG to be summoned soon.

Tanga Tanga MPs who attended the meeting accused the President of lecturing them like school children.

An MP from Rift Valley wondered why Members were not allowed to air their differences.