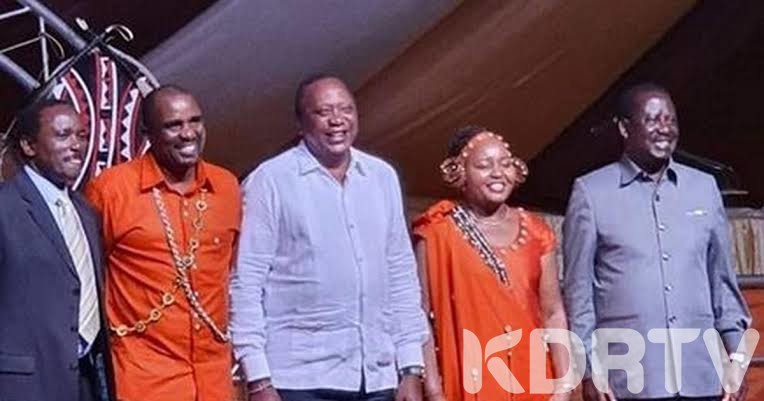 (KDRTV) – Nobody wants Anne Waiguru. The MCAs have impeached her. The people of Kirinyaga have demonstrated because they want her gone. All the elected leaders in Kirinyaga don’t want her.

However, President Uhuru Kenyatta and his brother Raila Odinga still need her at the helm of Kirinyaga County.

COTU Secretary Francis Atwoli said on Wednesday that the Senators must save Waiguru for the sake of the BBI report.

However, the Senators cannot just save the Governor. They have to justify it. They were hoping that the court would save them the headache by nullifying the impeachment motion.

The truth is waiguru should obey the people decision and other top leaders should stay aside not to interfere the way the were happy while waititu was impeached same case to waiguru no thief is special #KirinyagaSenatorSpeaks pic.twitter.com/naFkkIBBAX

Unfortunately, Justice Weldon Korir ruled on Wednesday that the MCAs did not disobey any court order when impeaching Waiguru on Tuesday. The court cannot interfere with the decisions of the County Assembly.

So the fate of the governor now lies in the hands of Uhuru and Raila. Waiguru is the face of the BBI report in Central Kenya, she must be saved at all costs.

But the two leaders have been speaking tough about corruption. Last year, Uhuru warned all elected leaders that he will not try to interfere if sleuths come for them.

Indeed he did not pick Ferdinand Waititu’s calls. He is believed to have reached out to Raila to help sent Baba Yao parking?

Will he look the other way to save Waiguru? Is that the legacy he wants to leave.

Raila desperately needs Mt Kenya to vote for him in 2022. Will he go against the will of the people to help save Waiguru?

Tough choices for the two leaders. The ball is in their court.