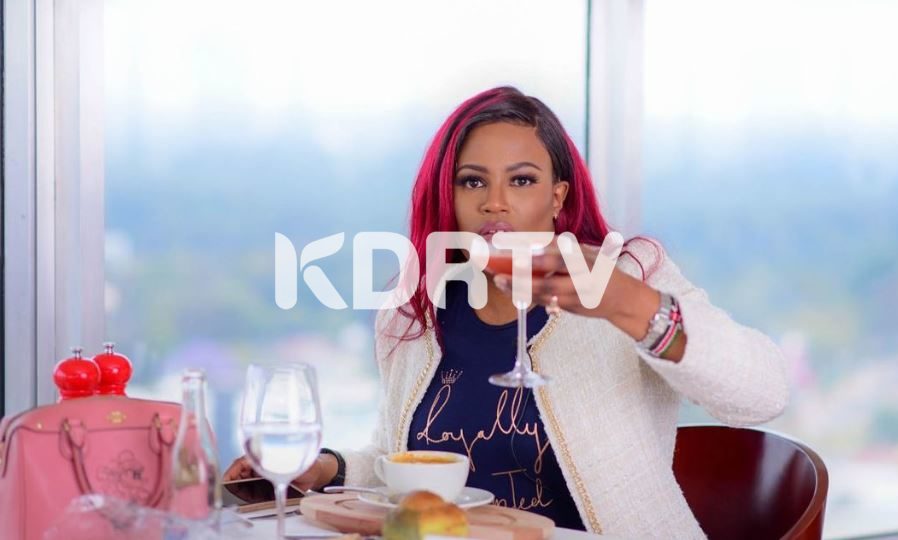 Taking to social media, Uhuru Kenyatta’s cousin revealed how far she has come ever since she put the bottle down.

“22 years of being sober. I just want to thank everyone who has played a role in supporting me to get this far. Lastly, I want to thank me, myself and I. I have to give credit where it is due,” she wrote on social media.

“I’ve put it first always and been very proud of where I have come and where I’m going. It takes courage to go against the grain and it takes humility to not only realise you have a problem but then commit the entire rest of your life to change it for the better.”

It’s not the first time she has opened about her fight, insisting it has cost her several opportunities.

The 43-year-old once confessed of how she would have been an Olympic champion but messed up the opportunity because of alcohol.

“My first year in the institution was very rocky and that’s when things started to fall apart. I became an alcoholic after that and I was forced to go to rehab at the age of 21. Back then I would take 24 bottles of beer daily and a half or a full bottle of liquor,” she said.

“Being a kid there were many things I wanted to become- a president, an athlete and many more things but alcohol ruined these dreams. My passion was actually in sports, I love football, basketball and I even qualified for the 1996 summer Olympics held in Atlanta Canada. My biggest regret is that I missed out on the Olympics even after qualifying because at the time I had overindulged in alcohol. Now I look back and say it was my time to do service,” she said.

“My battle with alcohol has taught me a lot; for sure it builds character. I have learnt it takes strength to acknowledge that there is a problem. After doing this one can deal with the issue,” she said.