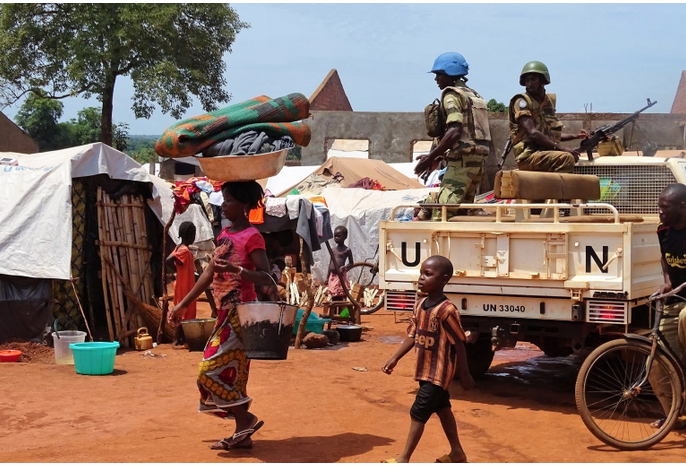 KDRTV NEWS: The United Nations (UN) will withdraw the 450-strong peacekeepers in Central Africa Republic (CAR) after being accused of sexual abuse.

The Gabo Defense Ministry announced the move on Wednesday.

“In recent weeks, exceptionally serious acts that go against military ethics and the honour of the armed forces, committed by certain elements in the Gabonese battalions… have been reported,” the ministry told media.

“Following many cases of alleged sexual exploitation and abuse that are being processed, the United Nations today decided to withdraw the Gabonese contingent from MINUSCA”, the UN mission in the CAR, and “an investigation has been opened by Gabon,” the statement read.

There have been many claims of sex crimes on the Gabon peacekeepers in CAR.

There have been 822 claims of sex crimes regarding Gabon peacekeepers in Gabon.

CAR is considered to be one of the poorest countries in African and has been unstable since it gained its independence in 1960.

The country was founded in 1922 and was colonized by France.

CAR is currently suffering from the aftermath of the civil wars of 2013 after the coup against the then-president Francois Bozize.

There are many foreign troops in the country who are charged with the mandate of protecting civilians.

Soldiers on a peacekeeping mission in CAR and those authorized by the UN have been accused of committing war crimes and crimes against humanity between 2014 and 2015.

As the UN will withdraw Gabon soldiers from the country, other foreign troops will still remain in the country to protect civilians.