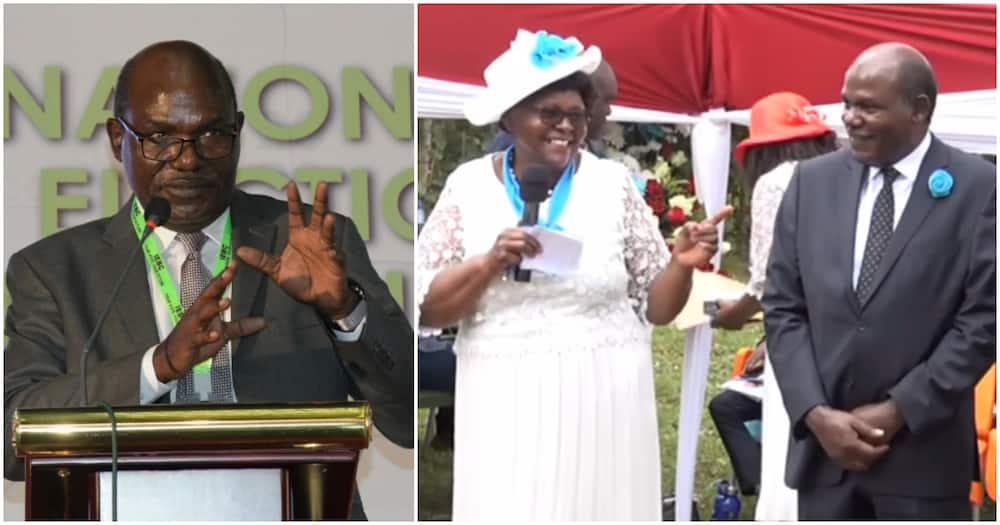 The Independent Electoral and Boundaries Commission Chairman Wafula Chebukati’s Wife Mary has pleaded with Kenyans to pray for her husband and family as the country heads into elections.

Mary revealed that the family interacts with Chebukati more on television than at home, shedding light on the impact of his position on the family.

Speaking during her mother’s funeral, the wife of the head of the IEBC explained that her husband is a man of integrity who is more concerned with upholding the law and needs divine guidance.

Mary, who did not reveal many specifics, stated that as a result of Chebukati’s central involvement in the 2017 elections, their three children were profoundly affected, but have since grown stronger.

“Our children were deeply affected by the last elections exercise but now they are strong, and so is Chebukati. We always pray for God’s wisdom to guide him as he serves the nation,” she said.

“I ask that you pray for us as a family especially now that we are in the election season because I know my husband just wants to follow the law… We see him on TV more than we see him at home because of his job. Even now, I thank him for setting aside his national duties to come and mourn with us,” Mary added.

This comes at a time when the electoral commission is under pressure from numerous players to produce free, fair and credible elections whose results can be validated. Chebukati has on multiple occasions informed the country that the commission is equal to the task.

In a recent press conference, the IEBC boss urged Kenyans against profiling the commission’s workers along ethnic lines, stressing that a part of his team are now living in fear.