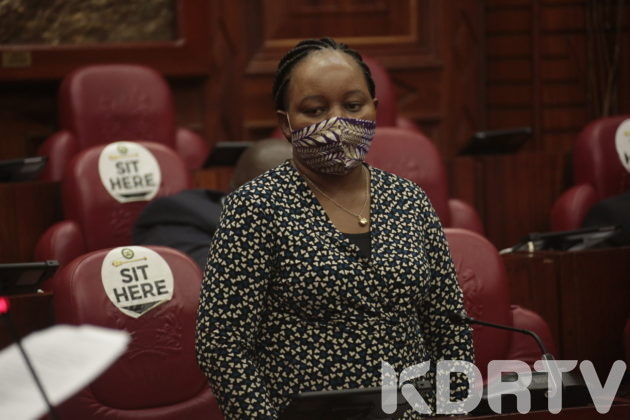 (KDRTV) – Embattled Kirinyaga Governor Anne Waiguru allegedly fired her driver because he farted in the vehicle.

Blogger Dennis Itumbi claims to have evidence from that the governor dismissed her driver for farting.

"Waiguru fired me for suspecting me of farting.." a Former Waiguru driver.

The hearing of Waiguru’s impeachment started at County Hall on Tuesday. She was impeached by Kirinyaga MCAs early this month.

The MCAs accuse the Governor gross violation of the constitution and abuse of office. The Governor is accused to have opened a Kirinyaga Coffee Shop in London. The coffee shop is non-existent.

Waiguru is also accused of influencing the award of tenders in the county by getting one of her friends to chair all tender committees. The friend was, in fact, a former Personal Assistant who was appointed to a senior position without the required academic papers.

Waiguru has accused the MCAs of targeting impeaching her without evidence. She said they were on a fishing expedition.

During the hearing, the Governor was pictured playing games on her phone. The Star newspaper caught her playing spider solitaire.

Netizens claimed that the governor was so comfortable because she already knew the outcome of the motion. Others said the Governor was not worried because her husband, Waiganjo Kamotho, was her lead lawyer and couldn’t let anything go wrong.