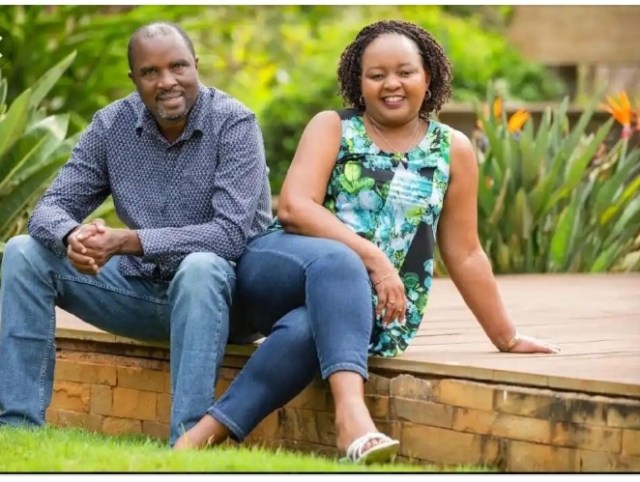 He said the decision was purely Waiguru’s and he didn’t interfere.

“I support her 110 per cent. That is her prerogative. Respect demands that I support her,” Waiganjo stated.

Waiganjo also shot down rumours doing rounds on social media claiming he won’t support Ruto or UDA even though his wife joined the camp.

The fake statement alleged that he couldn’t stand Ruto because of ideological differences.

“Due to ideological differences, I cannot join UDA leave alone supporting Ruto. In my family of seven, only HE Ann Waiguru (my wife) support Ruto. Joining Ruto’ UDA was her personal decision, and not the position of our family…” read the viral statement.

Responding to the viral post, the lawyer simply denied it.

“Of course it’s not true,” he responded.

Waiguru, accompanied by at least 30 MCAs, joined UDA today after a closed meeting with Ruto in Karen.

The governor had recently indicated that she could ditch President Uhuru Kenyatta’s camp and formally join Ruto’s “hustler nation movement”.

“I can not try to be ignorant and go against my people. I can’t vote myself in, I am listening to what they want. Do they want me to run for governor a second term?” she posed.