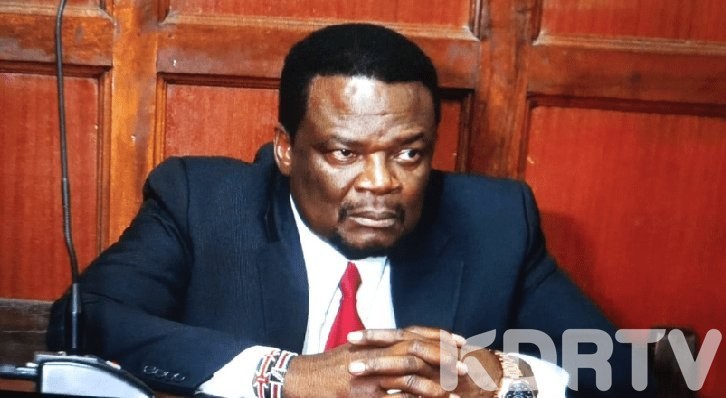 (KDRTV) – The National Cereals and Produce Board was forced to pay Ksh 297m to a company called Erad Supplies and General Contractors. This was part of a Ksh 564 million which the firm had been awarded by an arbitrator for alleged breach of contract.

Previously in 2004, NCPB had awarded Erad a Ksh 778 million tender to supply 40,000 tonnes of maize from Ethiopia. Erad did not supply the maize despite receiving Ksh 300m forcing NCPB to cancel the contract. Erad moved to court in 2009 to sue for breach of contract.

The firm’s directors were listed as Jacob Juma (now deceased), John Waluke and Grace Wakhungu. Immediately after they were awarded the money, the National Assembly Public Investments Committee (PIC) directed the Ethics and Anti-Corruption Commission (EACC) to investigate the case.

EACC found out that Erad had presented a fake invoice during the arbitration case. They sued Erad directors John Waluke, Grace Wakhungu and the unknown person at the Anti-Corruption court. EACC, through the DPP successfully argued their case and convinced the court that Waluke and Wakhungu are guilty.

On Thursday, anti-corruption magistrate Elizabeth Juma ruled that Waluke and Wakhungu should each pay Ksh 594million or serve a seven year jail-term. It is just not clear at the moment how the two will raise that amount of money.

The magistrate also ruled that a third accused who was not in court should be subjected to a similar fine. However, and interestingly the prosecution has not identified the third accused.

This is despite the fact that the unidentified person was the biggest beneficiary of the payments. He got Ksh 121 million.

Sirisia MP John Waluke and his co-accused Grace Wakhungu fined Ksh 594 million or serve seven years in prison for corruption.
The biggest beneficiary of the loot (Ksh 121M) walks to freedom as investigators fail to uncover his identity.
Waluke is now a guest of the STATE.

So who is this third accused person? Is it so hard to identify a person who was paid Ksh 121 million?