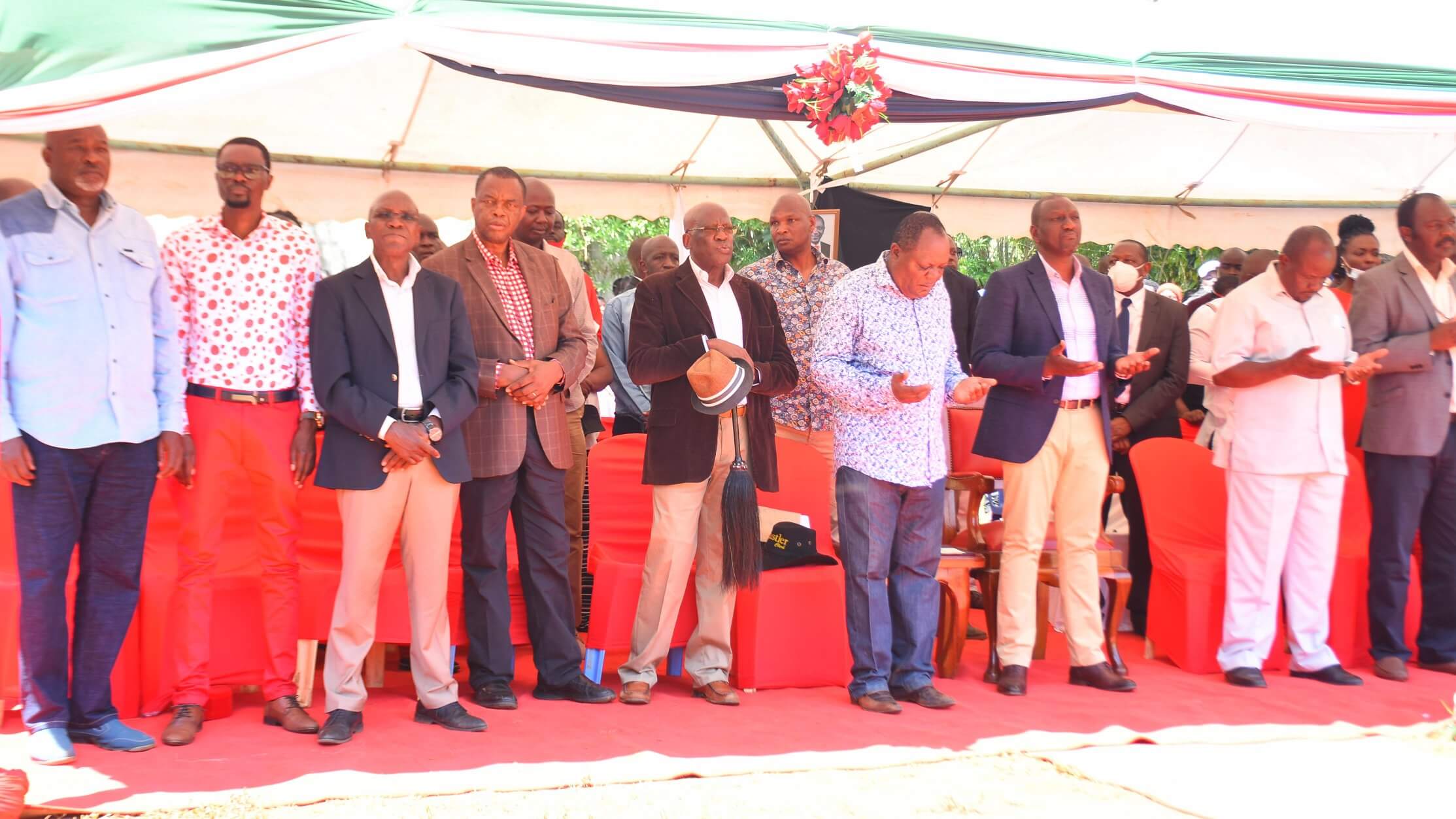 DP William Ruto At a church Function in Matungu on October 25. The Late MP Justus Murunga was Present

(KDRTV) – On social media, former Kakamega Senator Boni Khalwale is referred to as ‘The Sugoi Dishwasher.’ It is actually an insult, depicting how low he has sunk since the 2017 elections.

Within two years, Khalwale has dramatically turned into one of Deputy President William Ruto’s biggest defenders and a key soldier in the Tanga Tanga brigade. Before the 2017 elections, he was not only a critic of the DP but also a member of the NASA Coalition Secretariat.

He is actually called the Sugoi dishwasher

Things changed quickly when he failed to unseat Kakamega Governor Wycliffe Oparanya in the 2017 elections. Khalwale realized quickly that staying in the cold can be very brutal. As a career politician, he opted to join the DP’s camp because he was the only person with political intentions at the time.

Knowing Khalwale, he was not just going to be a spectator in Tanga Tanga. He had to show the DP what he can offer. The Twitter army branded him a dishwasher for ‘overdoing’ some things.

Read Also: Why Justus Murunga’s Body was Transferred to Nairobi

He also earned enemies along the way. Francis Atwoli cursed him, warning that he will never be Kakamega Governor. He also holds the record as the most teargassed politician in Kenya after Raila.

This is partly due to his insistence to take on police officers at every available opportunity. Kenyans were surprised when the good doctor was caught on camera pouring water on a senior police officer.

However, the biggest low was when he was pictured holding stones during the Kibra by-elections in November last year. He has done all that for William Ruto.

This is why the DP should advise the former Ikolomani MP to vie for the Matungu Parliamentary seat, recently vacated by the late Justus Murunga.

Unlike in the Msambweni by-elections, where Jubilee declined to field a candidate, the party will have no choice but to field one in Matungu as it is not an ODM stronghold.

Having served as Kakamega Senator, Khalwale still has grassroots networks in the whole county, including Matungu. He can also get help from Mumias East MP Ben Washiali and other Tanga Tanga politicians in the region to popularise his candidature.

Most importantly, DP Ruto should support the bullfighter’s campaigns as it will also benefit him. Winning the Matungu seat will gauge the effect of the DP’s numerous visits to Kakamega since 2018.

For Khalwale, this will give him another chance to remind Kakamega residents about the kind of leadership they should expect when he becomes governor in 2022.