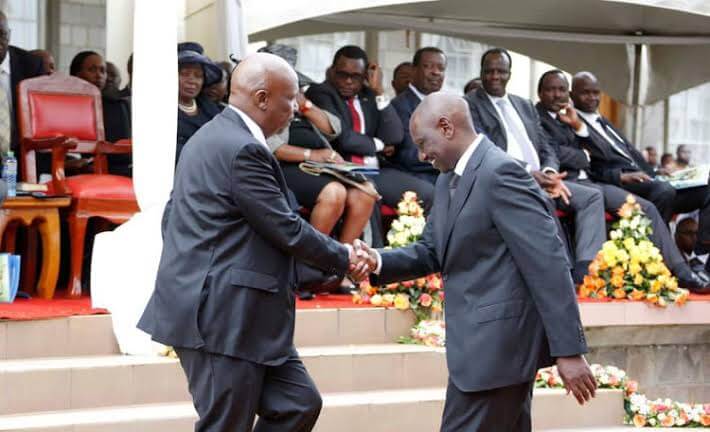 The Moi family will hold a ceremony to celebrate one year since Kenya’s longest serving President passed away on February 4, 2019.

It is exactly a year since Kenya lost its 2nd Head of State & the longest-serving, Retired President Daniel Moi.
May his soul continue Resting In Peace. pic.twitter.com/uFyNFwVdCR

According to sources, President Uhuru Kenyatta is likely to lead the commemoration ceremony for his political mentor.

However, the DP’s office said the second in command was not even aware of such an event.

The DP’s spokesman Emmanuel Tallam revealed that he will be in Kwale County to commission some CDF projects in Lunga Lunga Constituency.

“The DP has not received any invitation. You know those are private functions the DP is never invited to. We will be in Kwale,” Tallam told journalists.

KANU Secretary General Nick Salat said that it will be a private function, with a few select dignitaries expected to attend.

Snubbing Ruto further heightens the political animosity between the DP and Baringo Senator Gideon Moi. The two are in a fierce battle to control the rich Rift Valley voting bloc.

Read Also: Moi’s Grandson who may be more successful than Gideon

Gideon blocked Ruto from seeing the late Mzee Moi when he was alive. The DP didn’t see Moi’s body at Lee Funeral Home when he passed away last year.