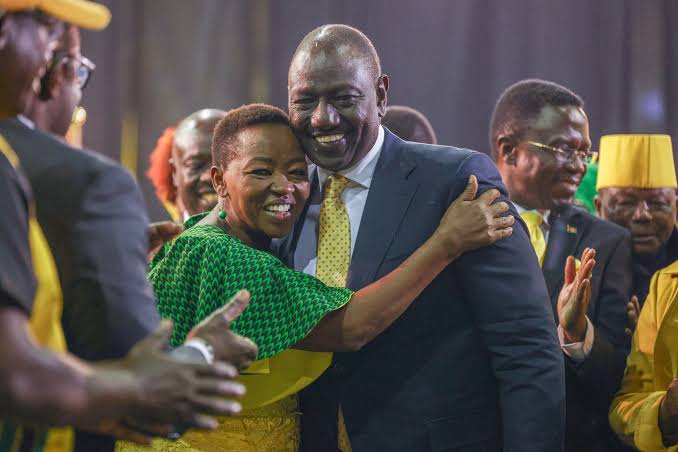 In a statement posted hours after the debate was concluded, Rachel described DP Ruto as the last man standing, noting that he did well in articulating his agenda during the 90 minutes debate held at Catholic University of Eastern Africa.

She also added a personal touch to her statement by referring to the DP by a name that is not widely recognized.

“Congratulations Bill. You were perfect. The last man standing. May God carry you through,” she said.

Rachel had accompanied his husband and other Kenya Kwanza leaders to the Tuesday debate, the leaders who were spotted in the auditorium including his running mate Rigathi Gachagua, Moses Kuria of Gatundu South and Alfred Mutua of Maendeleo Chap Chap.

His allies mirrored her thoughts, arguing that the DP’s choice to accept the offer to debate was honorable and indicated that he had a strategy for the country.

“Good job Ruto for sharing your plan and courage with Kenyans. You represent reality and the future and we are proud of you. The debate  went well and now all Kenyans are clear why Ruto would make the best President for Kenya,” Machakos Governor Alfred Mutua said.

Earlier his side revealed that the former Premier would not share the same stage as the DP as they believed that the two shared different views.

Wajackoyah had demanded to be put in the same platform with all other presidential candidates.

Also Read: We Have Already Won the Presidency-William Ruto