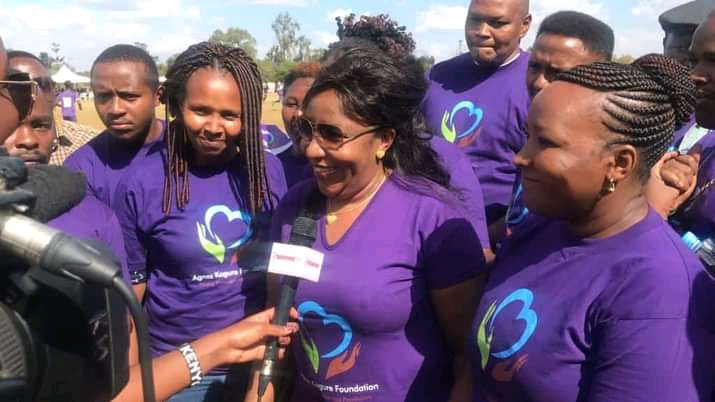 The Nairobi Gubernatorial Seat has attracted a battery of potential leaders battling and scrambling to unseat the incumbent Anne Kananu Mwendwa on 9th August 2022.

According to the recent political stages in the bid to empower, mentor and coach thousands of women on the goal-achievement programmes, the renowned city businesswoman AGNES KAGURE has vastly played a crucial role in uplifting the lives of underprivileged women and youths within the city.

Through Agnes Kagure Foundation (AKF), the people’s choice, Agnes Kagure has developed and implemented a responsive mentorship and coaching programme for a score of women groups extensively.

She believes in extracting and fishing ideal ideas from women that are culminated in proposing various profitable business ventures among the local traders and small scale business owners.

Kagure has heightened the programmes of mentoring and coaching women that seeks to bridge the gap between the dominance of men in the active political positions and the down-pinned posts for women on the ground of balancing gender equality.

Agnes Kagure Foundation has also reinstated the enabling of women and students on the economic opportunities map to enhance equal chances of grabbing profitable ventures and securing active top positions as far as the country’s politics is concerned.

Kagure understands that women and youths play critical roles in the country’s electoral processes. In the spirit of enhancing peace and cohesion, she has created a special team in the Agnes Kagure Foundation (AKF), that preaches peace among the youths and women ahead of 9th August 2022.