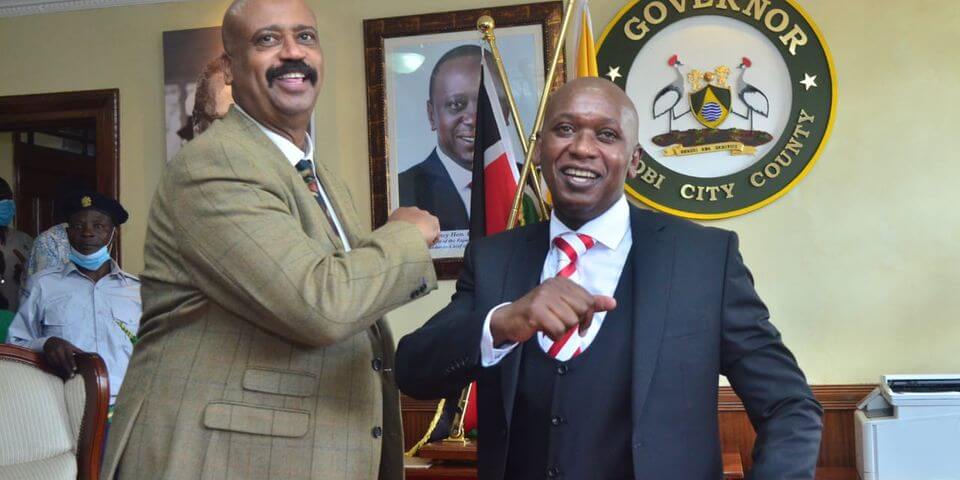 The monies include Ksh 27.1B meant for the Nairobi Metropolitan Services (NMS). His predecessor Mike Sonko declined to approve the budget arguing that NMS was an illegal entity. Service delivery had grounded due to the stalemate.

"The goat that watches the behavior of other goats before arriving at the Salt Lick will not be swallowed by the giant python" – Igbo proverb. https://t.co/w81JNzv7V7

Mutura’s decision to approve the budget further affirms claims that Sonko was impeached over a poor working relationship with NMS. And to send a statement, NMS Director-General Major Mohammed Badi was one of the guests at the swearing-in ceremonies.

Badi and Sonko had a frosty working relationship, at one time, the Governor equated the military man to former Iraqi Dictator Sadam Hussein. The relationship between the two entities is expected to improve with Sonko now out of the way.

“The fact that I am acting Governor means that things are not working and we must fix them,” he said.

He urged all County Executive Committee (CECs) members and their chief officers to help him in his time at the seat of power.

“I expect full support from all CECs, chief officers and Directors, so that we may deliver,” he added.

Mutura was scheduled to be sworn-in on Friday last week but the ceremony was postponed for unknown reasons.

Rumors emerged later that the speaker didn’t have a university degree, which is part of the mandatory requirements to be Governor.

However, KDRTV understands that the former Makadara MP holds a degree in Governance and Leadership from Jomo Kenyatta University of Science and Technology. In 2014, Mutura graduated from Kenya Methodist University with a degree in Business Commerce.