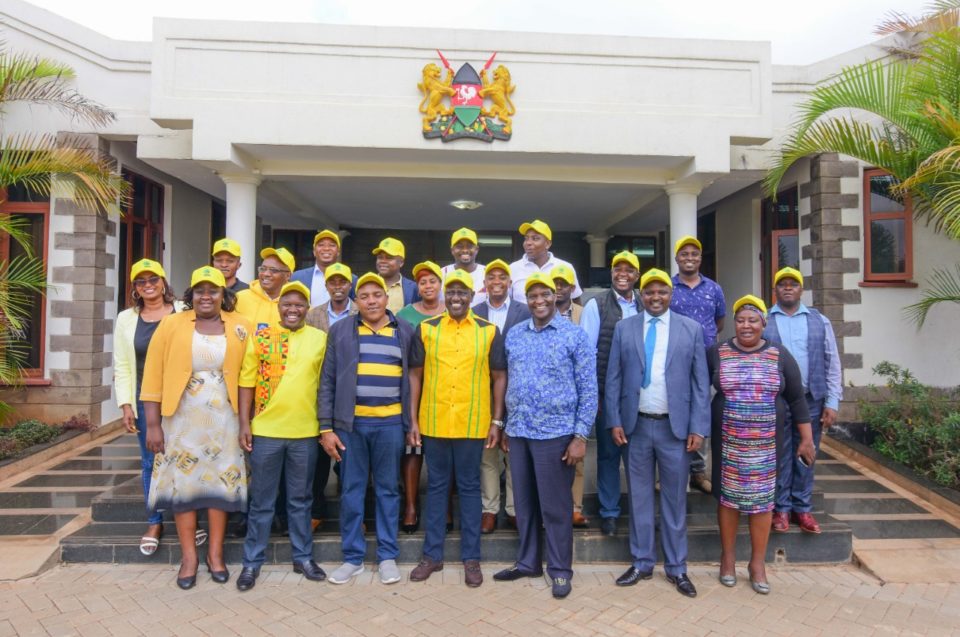 Thirty Members of the County Assembly from Kiambu County have this morning dumped the ruling Jubilee party for William Ruto’s UDA party.

The MCAs were welcomed by the second in command to UDA at his official Karen residence.

While announcing their defection to his party, the DP stated that the Kiambu MCAs believe there should be a shift to building the country’s economy, hence the bottom-up approach.

“They believe that there should be a new paradigm shift to build our economy from the bottom. Karibuni Hustler Nation!” he added.

The move by the MCA’s comes barely a day after Kisii County Deputy Governor Joash Maangi rejoined the Ruto Camp.

“Karibu mheshimiwa @MaangiJoash, Dr Andrew Maubi and Wakili Migos Ogamba to the Hustler Nation. You are joining the team that believes in Kenya kwanza and empowering ordinary people. Wishing you success in your bids for several seats in Kisii County,” Ruto said.

Maangi had defected to Raila Odinga’s ODM party in December 2021 as he aims to succeed outgoing Kisii Governor James Ongwae.

But according to South Mogirango MP Silvanus Osoro, the Kisii DG might have changed his mind and will be running for the county’s senatorial seat. 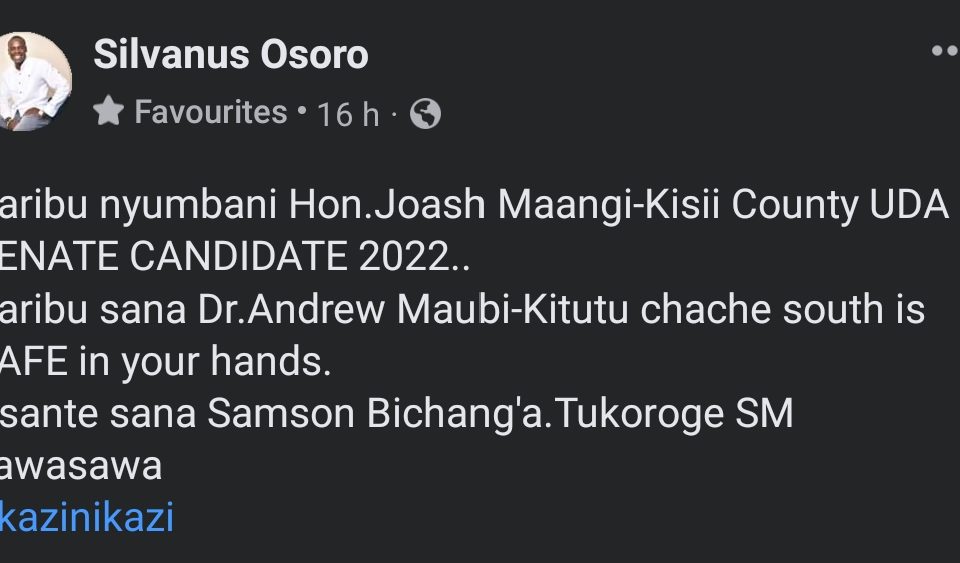