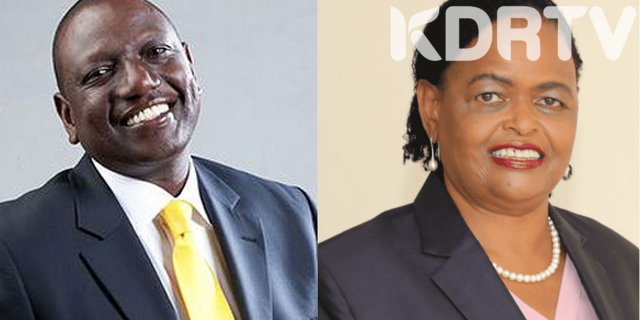 Speaking on Friday, June 3 Koome stated that the IEBC verification exercise should be done in a manner that promotes a complete and accurate franchise of eligible voters.

The Chief Justice further called on IEBC to address all the issues emanating from the ongoing process by involving every stakeholder ahead of the August 9 polls.

“It is such a proactive approach to addressing concerns that might be raised by voters and stakeholders that ensures that the IEBC and all Kenyans become agents and champions of electoral integrity and also engenders the confidence of Kenyans in the credibility of the electoral process,” the CJ stated.

“Our expectation is that the IEBC is consciously working to ensure its processes meet the demands of the principles of our electoral system,” she added.

Her statement comes after William Ruto accused some government officials of attempting to manipulate the IEBC’s electronic systems to influence the General Election, citing the involvement of Cabinet secretaries in the presidential succession politics, and declaring it to be unconstitutional and damaging to the election’s credibility.

The DP made a shocking assertion that one million registered voters in his strongholds have been removed from the IEBC list. This, he claimed, was part of a bigger scheme to manipulate the August elections. The DP  however did not present proof to support his allegations.

“We expect that everybody who is concerned including the EU to try and get as much detail as possible both from the electoral commission and these public officials on what all this is all about and how did close to a million names disappear from the register. And many of those names are from what we consider our stronghold. It is a clear attempt to try some monkey games,” Ruto said on Thursday.