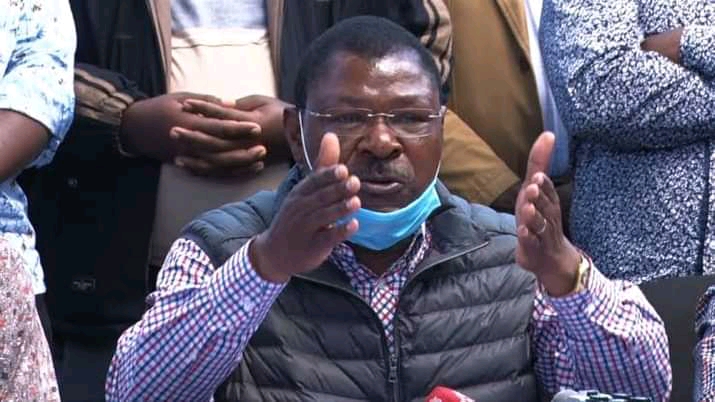 Speaking during an exclusive interview at Citizen TV on Tuesday night, DAP – Kenya leader Wafula Wamunyinyi delivered strange fears in Ford Kenya and Amani National Congress (ANC) by affirming that the journey to wrestle down out of Western region has kicked off.

“Wetangula and Mudavadi have been taking Luhyas for granted, we have said enough is enough and I want to assure them that DAP – Kenya is going after them” Wamunyinyi said.

It has been gainsaid that DAP – Kenya which is linked to the Defence Cabinet Secretary Eugene Wamalwa was launched yesterday, Tuesday, 14th December at Bomas of Kenya, was brought into action to counter Wetangula and Mudavadi’s parties ahead of 2022 general election.

“My Luhya brothers and sisters, don’t waste your votes to One Kenya Alliance ans you already know that the presidency will be taken by either Raila or DP Ruto. We want to be part of the government and I have always been on the right side of history. Raila will form the next government” Wamalwa said.