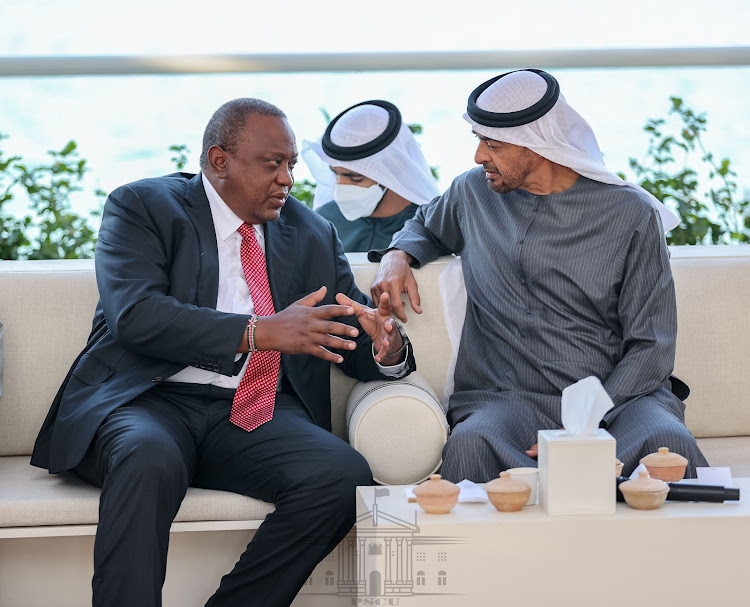 The two leaders, who led their respective delegations to the meeting in Abu Dhabi’s Sea Palace, agreed on the importance of Kenya and the UAE exploring the potential of signing a Free Commerce Agreement (FTA) to boost trade.

They also addressed measures to be implemented to rectify the present trade deficit, which favors the Gulf nation. 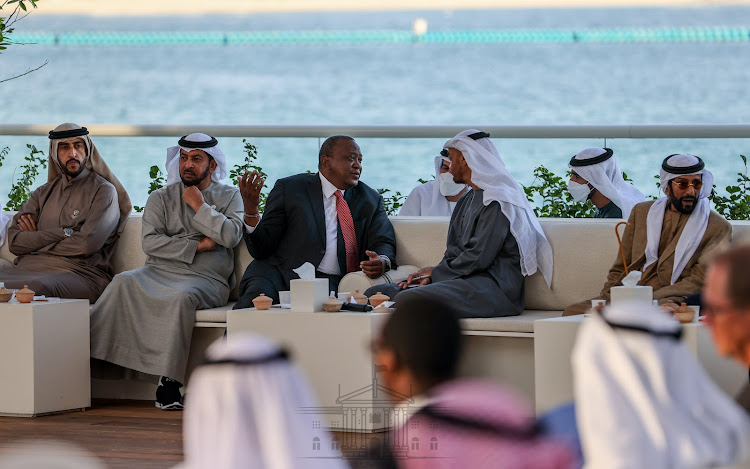 Earlier, when inviting Gulf businessmen to set up businesses in Kenya, the President stated that the country needed to respond to investor demands and eliminate bureaucratic red tape that has harmed trade.

Uhuru encouraged Kenyan government personnel to be pioneers in easing trade in order to position the country as a preferred investment location.

Sheikh Mohamed expressed gratitude to Kenyan President Uhuru Kenyatta for his country’s condemnation of Houthi terrorist assaults on civilian targets in the UAE.

The Abu Dhabi Crown Prince emphasized the importance of the Emirates’ strong ties to the African continent.

Mr. Kenyatta expressed gratitude to Sheikh Mohamed for the cordial reception and lauded the UAE for its support during the Covid-19 pandemic. 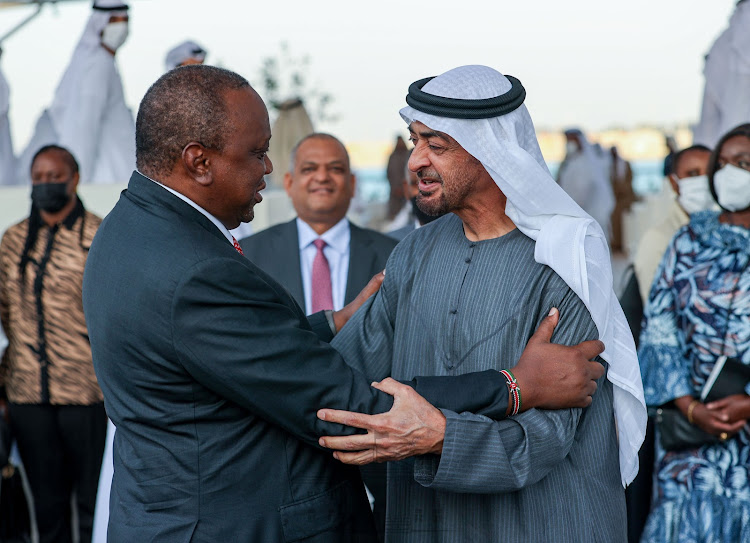 The President is on a three-day tour to the Arab country and is set to jet into the country on Thursday ahead of his Mt Kenya tour next week.