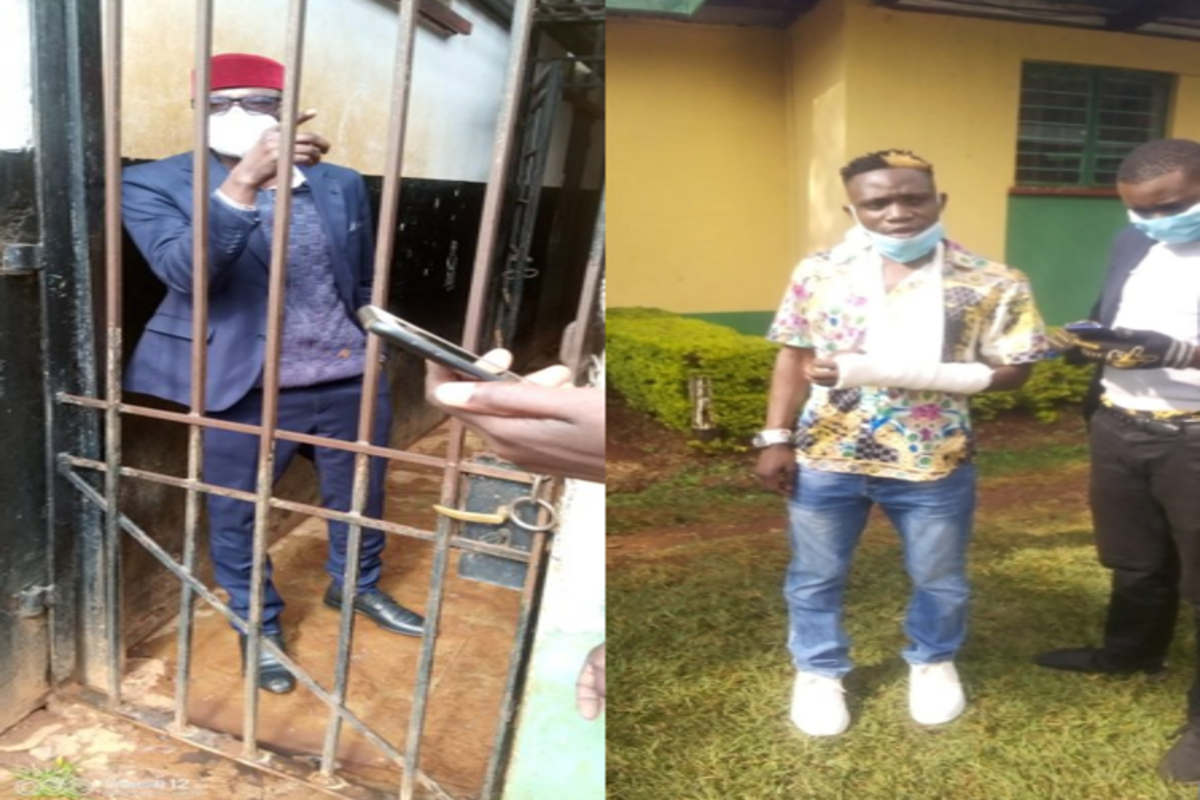 Kimilili Member of Parliament Didmus Barasa has been freed on a KSh 100,000 cash bail after denying a charge of assaulting contractor Stephen Masinde, alias Steve Kay.

The MP was arrested at his Kimilili home Monday at dawn.

Barasa pleaded not guilty to a charge of causing bodily harm to Steve contrary to section 234 of the penal code.

The MP was caught on camera slapping the musician on Friday 30 July, after visiting Baptist Lurare Primary School in Kamukuywa ward in his constituency where he had gone to commission five new classroom built through National Government Constituency Development Fund.

Steve Kay, born Stephen Masinde, and his colleague Ronald Graham Wafula, who had won the tender to build the classrooms, locked them up demanding Ksh 3.4 million before the MP commissioned them.

“I have closed these classes because they cannot begin to operate without me being paid as they will be spoiled by children and he might end up refusing to pay me completely,” said Steve Kay.

While explaining the incident on July 31 Namasanda Primary School on Saturday, Barasa said that he was only trying to tell Steve Kay that his fly was open.