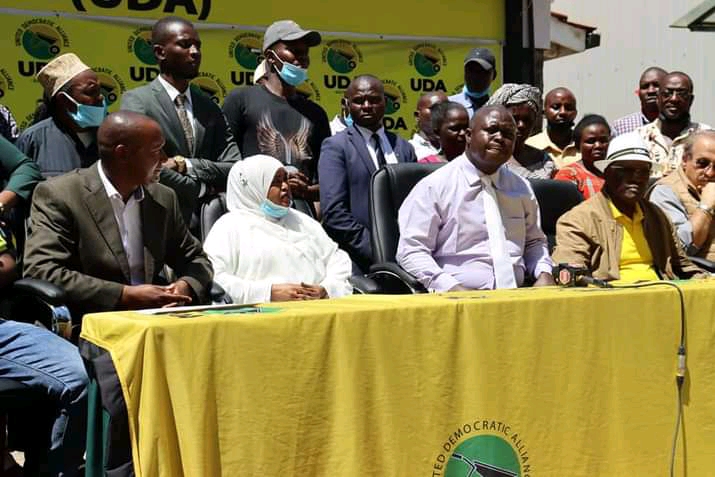 Through a detailed letter issued by Tangatanga axis, the former Machakos Senator Johnson Muthama twisted a blame finger at ODM for allegedly playing behind the curtains and planned DP Ruto’s ensued chaos at roundabout in Kondele, Kisumu county.

“The stoning of the Deputy President William Ruto’s campaign entourage at Kondele, Kisumu count, yesterday is awake up call by not only citizens of Kenya but also by the institutions charged with ensuring peaceful elections and transition next year” the letter reads.

“Curiously, the Kenya Police, National Cohesion and Integration Commission (NCIC) have remained a loof and have not acted in a way that would inspire confidence from Kenyan” he added.

Muthama also faulted the Kenya Police for issuing a statement that was widely interpreted as defending ODM strategy over the chaos in Kondele. Kenya Police insisted that the Orange Democratic Movement diehard supporters clashed with hustler nation confidants over the handouts sharing saga that bolted into pelting stones between the two camps.

UDA chairman put IEBC head to fringe the ODM party from taking party in 2022 general election over Kondele’s unbearable clash. “IEBC need to come out in force and say no uncertain terms that will allow politicians inciting Kenyans to contest in the elections” he reiterated. 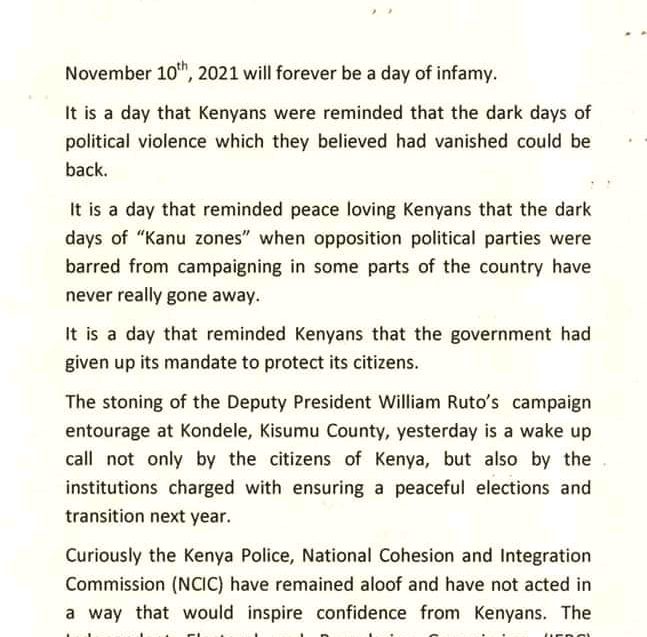 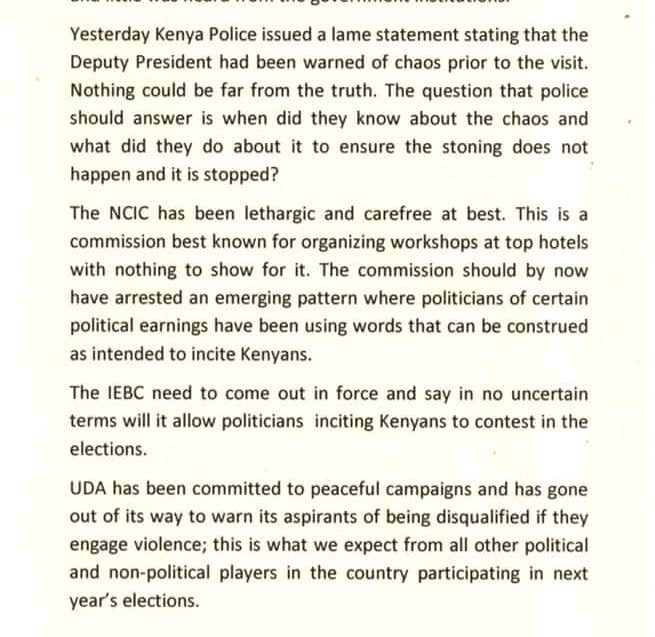 This comes after ODM party leader Raila Odinga distanced himself from the chaos that erupted in Kondele citing that ODM and his allies have been preaching the gospel of peace and unity across the country it would be a shameful act for them to work behind the scenes and groom a hostile ground for DP Ruto in their strongholds.