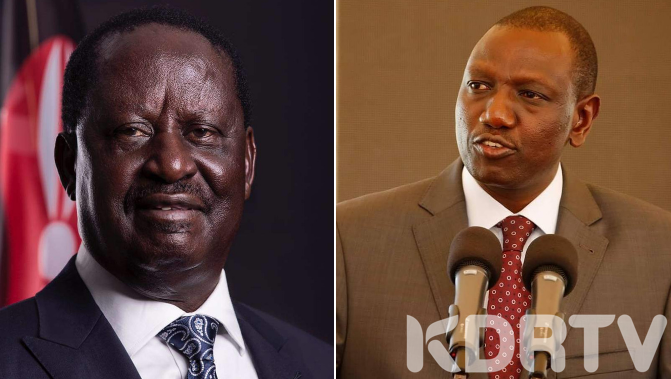 Deputy President William Ruto has maintained his lead as the most popular presidential candidate with less than 100 days remaining before the August 9 general elections.

According to an opinion poll released by Tifa on Thursday May 5, William Ruto has a popularity of 39% closely followed by ODM leader Raila Odinga with 32%.

“Even though some 47 people have declared that they will seek the presidency, nearly all Kenyans who have made up their minds say that they intend to vote for either DP William Ruto (39%) or former PM Raila Odinga (32%).” the pollist said in a statement.

According to the figures, DP Ruto’s popularity marginally fell by 1 percent from the last poll done in February, while Odinga’s grew by 5 percent.

Raila’s popularity rose largely from the lower Eastern  and Nyanza regions where he now has 24%  and 8% respectively.

“Support for former PM Odinga has increased overall (by 5%) since TIFA’s February survey, he has gained most in Lower Eastern (by 24%) as well as in Nyanza (by 8%). But he has also seen an increase in support in Coast, Northern, & Western (6% in each).” Tifa said. 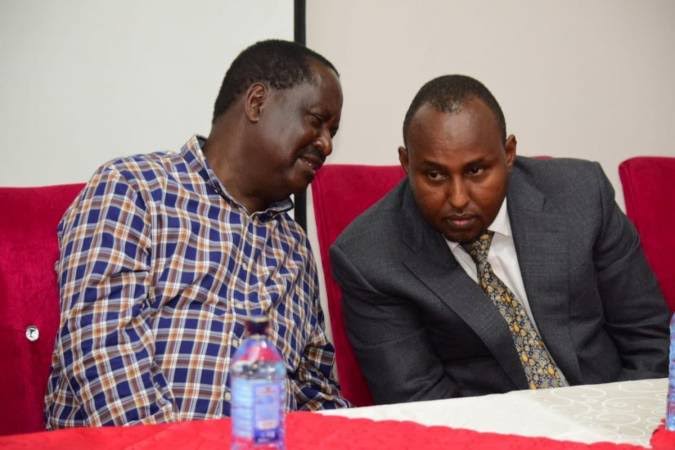 According to the research, 16% of Kenyans are undecided about who they would vote for in the August election, although this is expected to alter in the coming days when Raila and Ruto announce their running mates.