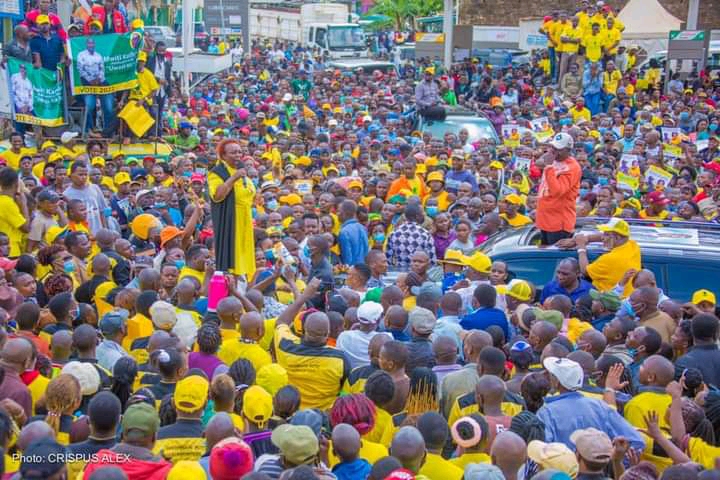 Deputy President William Ruto has opened a pandora box of indirect attacks to his boss ahead of 2022 general election.

He dragged Interior Security Cabinet Secretary Dr Fred Matiang’i and his co-partner PS Kibicho for allegedly plotting to impute state machineries into action so that they can outrageously influence Raila’s victory in 2022.

“We know what they are planning. We know that they want to use CS Matiang’i and PS Kibicho to put on alert state machineries to temper with 2022 general election. We want to tell them that those unnecessary plans are dead on arrival. We have God and people” DP Ruto said.

In his normalcy, DP Ruto delivered rude blows to the former prime minister Raila Odinga for invading and peeping into Jubilee government with an intention of scattering the big four agenda that would have solved the bottlenecking challenges such as unemployment, universal health coverage, improved transport sectors among others.

This comes after reports have alluded that the ongoing ODM-Jubilee coalition negotiations might reap fruits that will add a political bonga point to Raila’s presidency. Although One Kenya Alliance (OKA) chief principals have stood their ground not to succumb to pressures from president Uhuru Kenyatta over backing Raila Odinga in 2022, but the recent political moves have exceedingly indicated that they are destined at reviving the famous 2017 NASA coalition.