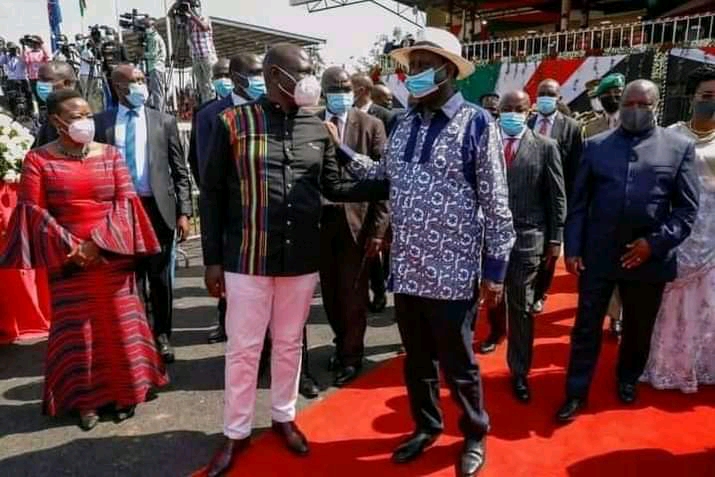 The hustler nation chief crusader is expected to kick off his charm offensive visit in Kondele, Kisumu county where he will initiate charity donation of a bus to Kondele Youths Group and later frenzy several rallies at Kondele market. Ruto will restlessly head to Nyahera in Kisumu West to empower hundreds of women groups and thousands of Bodaboda riders before wrapping up his first day tour at Nyalunya Primary School to donate a school bus.

On Wednesday, the second in power will be hosted by Migori County Governor Hon Okoth Obado who doubles as People’s Democratic Party (PDP) leader to address thousands of hustlers in the region before marking the end of his Nyanza region visit in Homabay.

Ruto has seemingly taken the 2022 president Uhuru Kenyatta’s succession as a matter of life and death since he has been traversing his opponents’s strongholds in shappening his political machetes.

United Democratic Alliance is currently enjoying unwavering support from president Uhuru Kenyatta’s rich-vote backyard. However, the Mt Kenya kingpin has been accused for umptheenth times for allegedly bracing Raila’s presidency behind the scene by attempting to push for One Kenya Alliance (OKA) chief principals to drop their bids and endorse Raila in what is interpreted as revamping the famous 2017 NASA coalition.