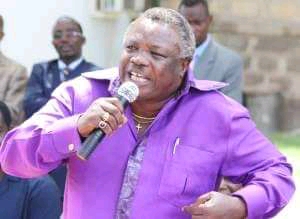 The outspoken trade unionist Dr Francis Atwoli is not a new face on the map of disparaging and criticizing Deputy President William Ruto.

He has upheld his longtime stand of blocking the second in command DP Ruto from ascending to the country’s top seat in 2022 general election.

According to Atwoli, the Orange Democratic Movement (ODM) party leader Raila Odinga is the correct bet to replace the head of state president Uhuru Kenyatta in 2022 race.

Speaking on Wednesday, 29th December, ahead of the long awaited Bukhungu 2 Luhya unity convention, Atwoli revealed that the Central Organization of Trade Union (COTU) body is heightening plans to block the Tangatanga faction from culminating their ways to State House.

He informed that the Trade Unionist is obliged to question if the incoming president’s agenda are hugely hinged on creating job opportunities for the millions of unemployed youths across the country.

“Trade unionist must question if the incoming president is someone who will spur the economy in the right direction. He/she must be committed to creating employment opportunities to grow our economy” Atwoli said.

In his far fetched attacks to DP Ruto, Atwoli affirmed that the trade unionists must stop anybody who is a looter, a known thief, unscrupulous with no goodwill to Kenyans.

In relation to his previous utterances while referring to DP Ruto as a thief and a looter, Atwoli’s sentiments were indirectly hitting at Tangatanga faction.

Atwoli has been on the record of softening political grounds for the former prime minister Raila Odinga’s presidency especially in Western region where he is allegedly set to declare “Raila Tosha” during tomorrow’s rally at Bukhungu Stadium, Kakamega.