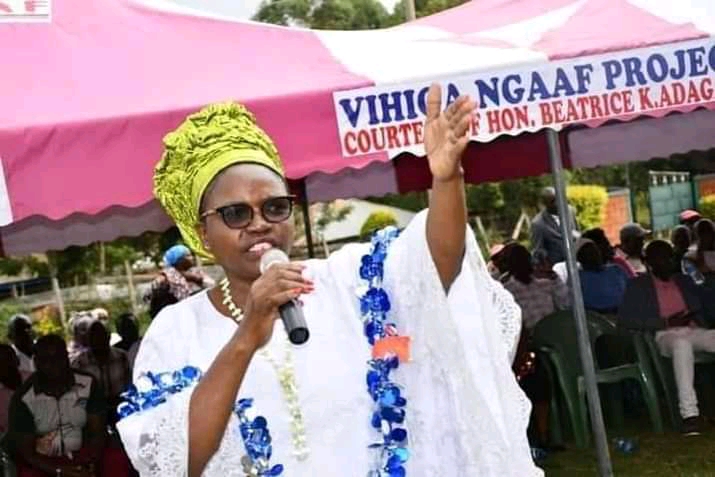 According to anonymous source within Adagala’s inner circle, Mudavadi’s allied legislator Beatrice Adagala donated jerseys to Volcano football team from Magui and another one from Visiru during her Ngaaf Sponsored Tournament at Hamisi.

“Adagala donated jerseys to two teams, one from Visiru and the Volcano during a tournament that was sponsored by Ngaaf. The event took place at Hamisi” The source noted

However, Adagala later sorted plans to claim the already donated jerseys back through her close relatives, Pamela and Savulane who demanded the jerseys from the aforementioned teams and took them to Adagala’s office. It has been established that the Jerseys recollected are being sold to teams by her hireling Amudavi Wickliffe to teams.

“The jerseys we were given were taken back by Adagala’s close relatives. We are even wondering why would our women representative Hon Adagala take us for a ride” Volcano head coach lamented.

Adagala has been on the spotlight following claims that she has for umptheenth occasions been favouring her relatives in offering Job opportunities to the county.