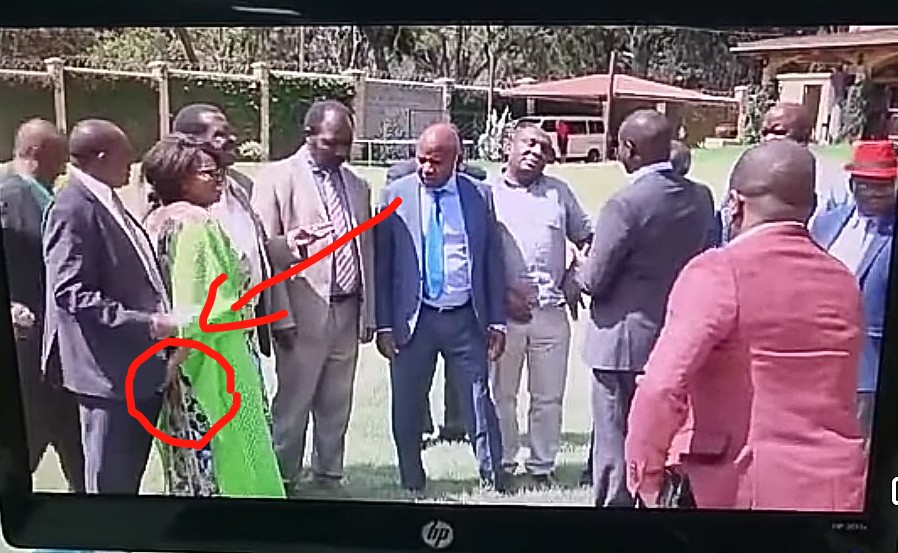 Residents of Vihiga county have been left mouths open after a Bizarre Video surfaced online.

This is a video of ANC MPs lining up a press release by the ANC Parliamentary group held in Karen on 9th November 2022.

Women Rep, Hon Beatrice Adagala who was reportedly drunk to the brim is seen staggering and holding on to Hon Kagesi’s body for stability.

Vihiga MP Hon Kagesi a close friend and associate to the woman rep came in handy to hold the drunk legislator and prevent her from falling.

The women rep has been synonymous with numerous nepotism and corruption scandals in her office that now define her.

As the 2022 general elections approach, residents of Vihiga are eagerly waiting to oust her from the office since she has been among the worst-performing leaders of recent times.

Here is the link of the video

Nominated MCA Hon Voilet Bagada is said to be best placed to tale over as the next Women Rep. The outspoken legislator has been endeared to the residents because of her down to earth nature and advocacy for the quotas she represent.

At the same time, the celebrated banker Winnie Majani has been pitted as the best candidate to uplift the lives of underprivileged Vihiga residents through her famous Usawa Mashinani Slogan.

Majani has maintained her development and Charity donation high as she has stamped the dreams of hopes to the vulnerable families in Vihiga County.

Others seeking the seat are Jackline Mwenesi and Ruth Bukachi.