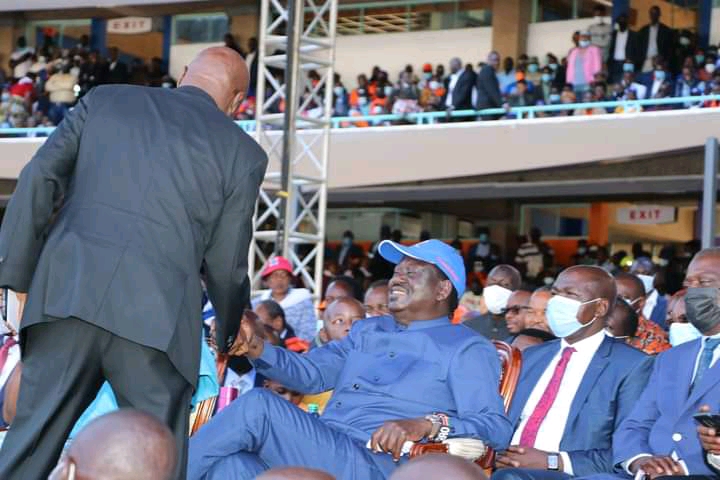 Okango stressed that KANU supremo was endorsed by the KANU delegates in September to fly the party’s presidential flag in 2022 race and seek partnership with other like-minded parties to form a coalition that will derive Kenyans from the fangs of hunger, political intolerance, disease and the ailing country’s economy.

“Senator Gideon Moi was endorsed by KANU delegates on 9th September during our National Delegates Conference (NDC) at Bomas and he was conditioned to look for other parties and leaders with similar ideas of saving Kenyans from hunger, political intolerance, disease and the ravaging economy” Fredrick Okango said.

He also noted that KANU party will not stick to One Kenya Alliance (Moses Wetangula, Gideon Moi, Musalia Mudavadi, Kalonzo Musyoka and Cyrus Jirongo) partnership only, he insisted that KANU and ODM are allies there is no amount of criticism from other OKA chief principals that will disconnect Gideon Moi from ODM.

“I’m speaking on behalf of KANU party. And I want to tell you for a fact, no amount of criticism from either side (Other OKA branches) that will create political enmity between Gideon Moi and Raila. We are longtime allies with ODM. I can assure you that there is going to be a tremendous political repositioning in KANU on 15th January next year” he added