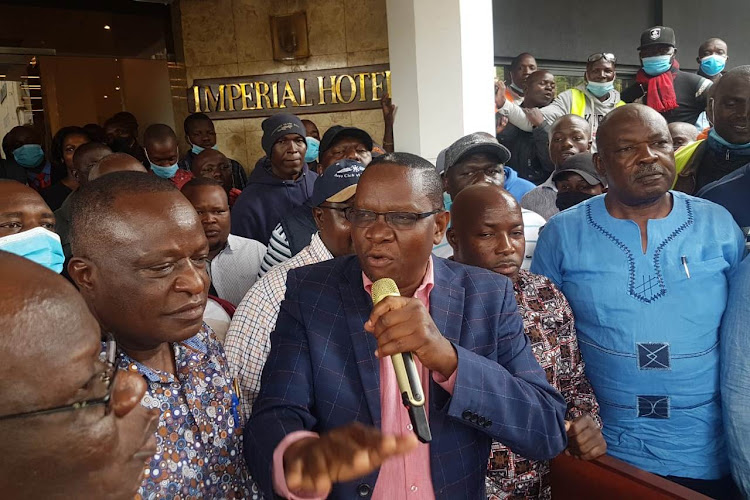 Four Kisumu gubernatorial seat aspirants have teamed up in a bid to unseat incumbent Governor Anyang Nyongo in the August 9 polls.

The four held their inaugural rally at Kandara Primary school in Nyando sub-county where they stated that their main mission is to fix the mess in the county.

Obura stated rice and sugarcane cultivation, which is the main economic staple of the area, has collapsed and farmers have been neglected by the current administration.

“There’s no support at all for our rice farmers, same with sugarcane farmers. The county ought to have developed policies to assist farmers in getting a market for the produce,” he said as quoted by the Star newspaper. 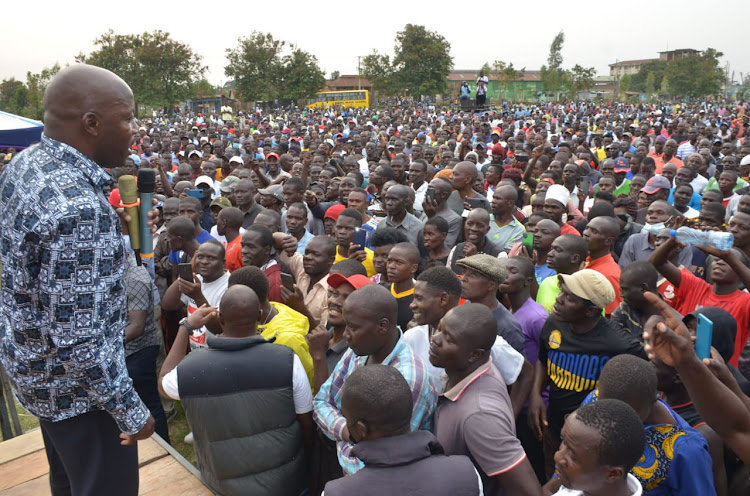 Former Governor Ranguma on his part revealed that during his reign, he negotiated for World Bank money that was used to rebuild Kisumu CBD.

“In 2015, I traveled to New York to sign a deal for a grant that Governor Anyang’ Nyong’o is now taking pride in,” he said.

The four are expected to unveil their candidate in two weeks’ time. Meanwhile, they said they will go throughout the county spreading a message of optimism for new leadership. 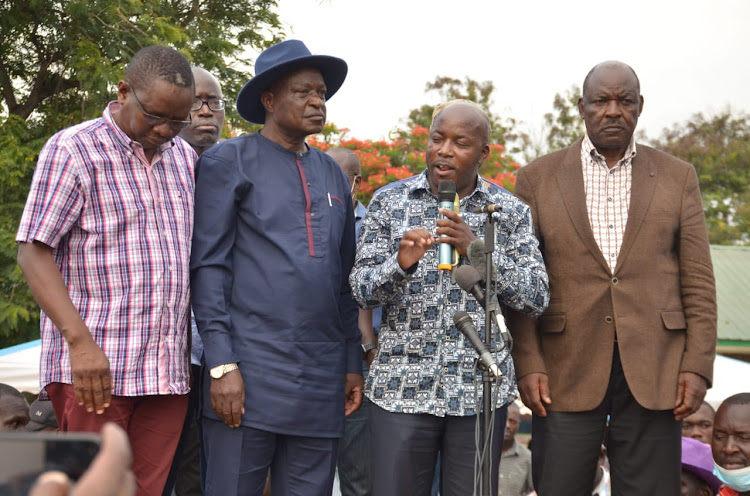 Governor Nyongó who is serving his first term is expected to be seeking re-election under the Azimio la Umoja banner.