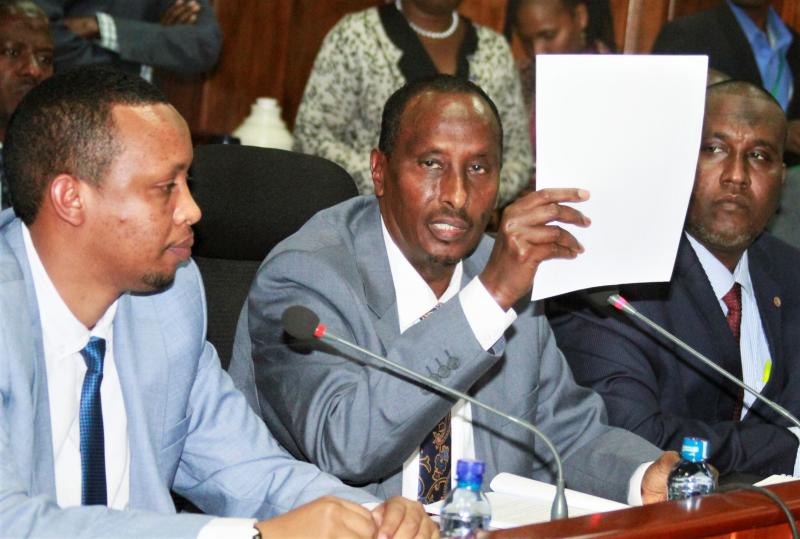 The governor was impeached for gross misconduct and office abuse. A total of 36 out of 46 MCAs voted him out, achieving the two-thirds majority as required by the constitution.

The MCAs voted to extend the sitting so that they can continue with the impeachment motion. They accused Abdi of delegating his powers to Frist Lady Kheira Omar and gross misconduct.

“The governor has allowed his wife to literally run county affairs as the de facto authority. He ceremoniously officiates and signs off where necessary for decisions she unilaterally makes based on her own wishes and judgment without due regard to any law,” Tulatula MCA Abdullahi Isack who sponsored the motion.

MCAs also were against his strategic plan, poor accountability and his random reshuffles in the finance docket that have been done in less than two years.

“We have been to almost every office in this country with these complaints. Once we complain, the governor does what he does best, compromising the officials,” said Wajir Senator Ali Abdullahi.

Abdi also spent a better part of his term in and out of court over his academic papers. He, however, insisted the motion was being fueled by his enemies who only want to see him out of office.

“During all these interactions, I have not received major grievances from either the leadership or the membership of the assembly other than their quest for payment of the car grants,” said Abdi last week.

“It is in my considered opinion that the current battle staged by the members is not on service delivery but is politically instigated.”