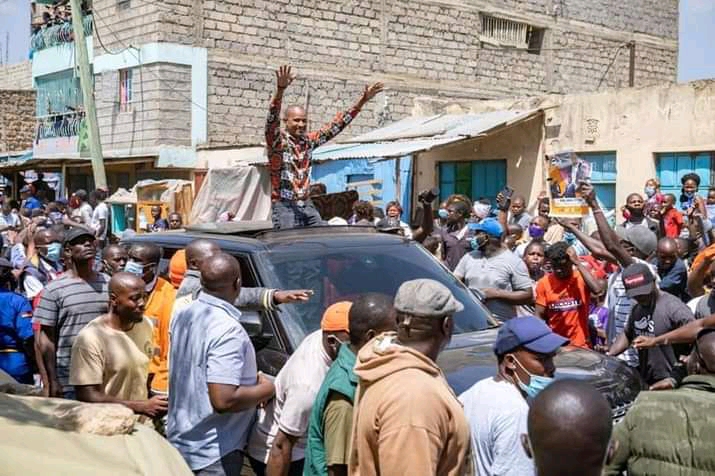 However, it has been noted that the controversial Migori County Governor Okoth Obado will not attend the event on the ground of the ongoing bruise political ties with the ODM party leader Raila Odinga. The former premier will be welcomed by the county senator Hon Ayacko despite Obado being the county chief who ought to be on the forefront to enlighten the society about the necessity of pulling such a huge landmark development project in Migori.

This comes barely a month after Deputy President William Ruto’s convoy was destructively stoned in Kondele, Kisumu following the ugly melee that ensued after rowdy youths disagreed on the sharing of handouts that was dashed by the second in command.

Tangatanga allied legislators blamed sections of Azimio la Umoja partners on the rude reception subjected to hustler nation chief citing that the razzmatazz situation was well planned and orchestrated by Raila’s allies. In a quick rebuttal to the allegations, Raila maintained that stoning DP Ruto was not part and parcel of ODM’s Azimio la Umoja agenda of uniting Kenyans.

Raila is set to declare his final stand on whether he will join the 2022 presidential race or not on 10th December 2021 during the long-awaited Orange Democratic Movement (ODM) National Delegates Conference (NDC). Although he is yet to make a clerical declaration, but going by the recent political developments in Azimio la Umoja, it’s quite predictable that he will throw spanner in the works.