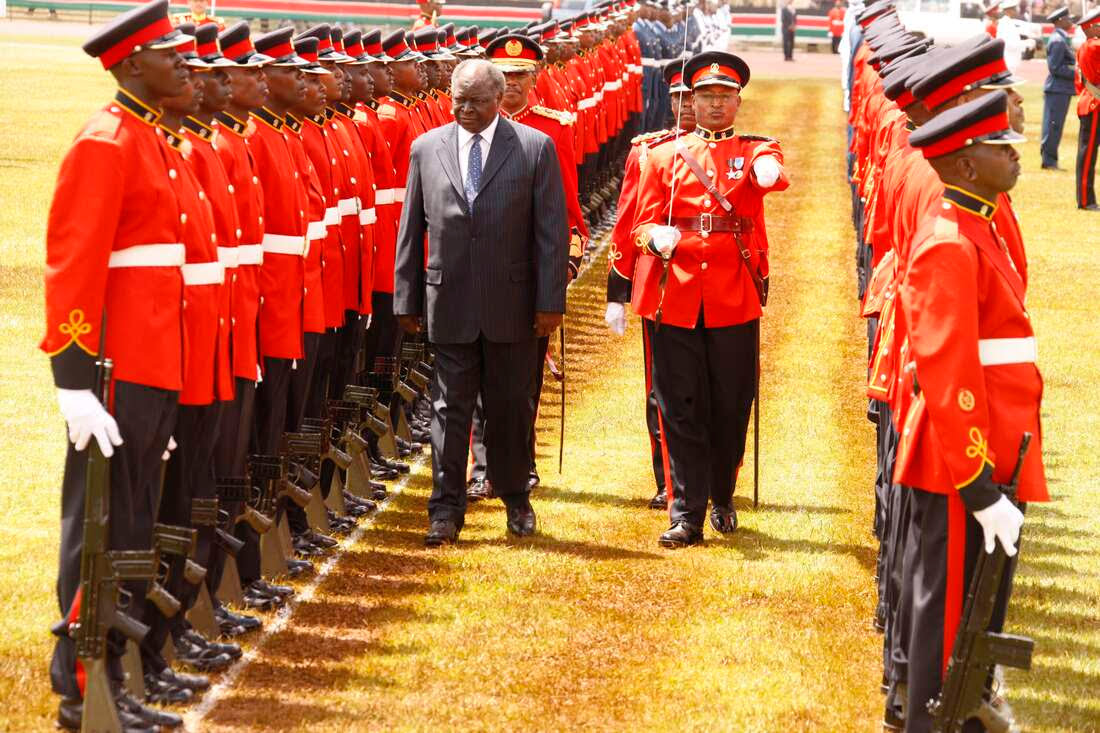 Late President Mwai Kibaki will be mourned all through this week before being laid to rest in Othaya on April 30th.

As a state-run funeral, the military has assumed responsibility for his ultimate sendoff, which is expected to include particular traditions and honours to demonstrate respect for the departed former Head of State.

President Uhuru Kenyatta on Friday, April 22, announced that Kibaki will be given a state funeral that will have military procedures.

On Monday, April 25, at 7:05 a.m., the cortege will depart from lee funeral home and proceed to Parliament Buildings.

The casket will be covered in the National Flag and escorted by the late President Mwai Kibaki’s (3rd) Family. 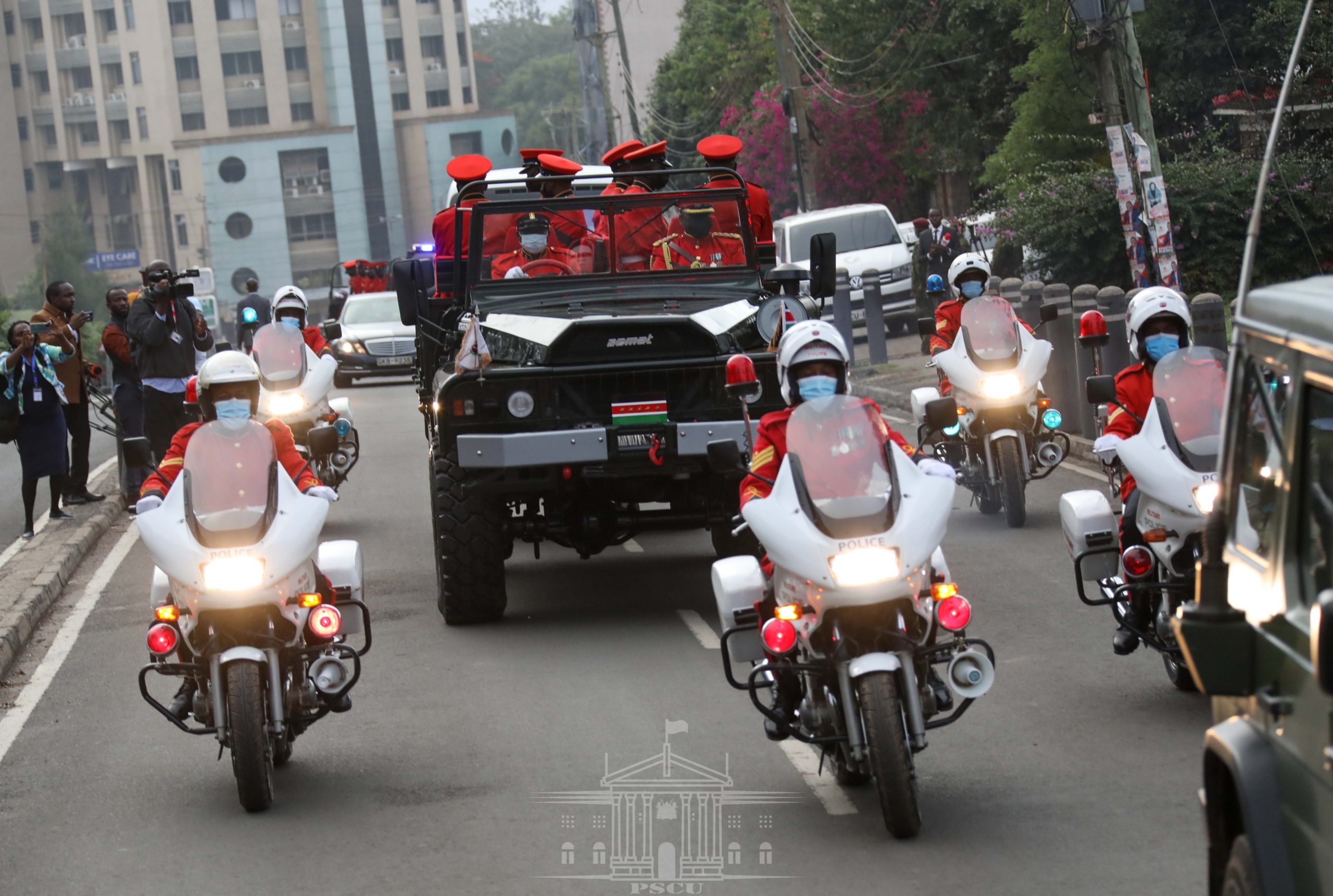 The Procession will begin at Lee Funeral Home and proceed to Parliament through Valley Road, Kenyatta Avenue, and Parliament Way.

Along Parliament Road, a Military 3 Guard of Honour will be mounted for the entry procession into Parliament.

His body will be in the Parliament building until Wednesday. 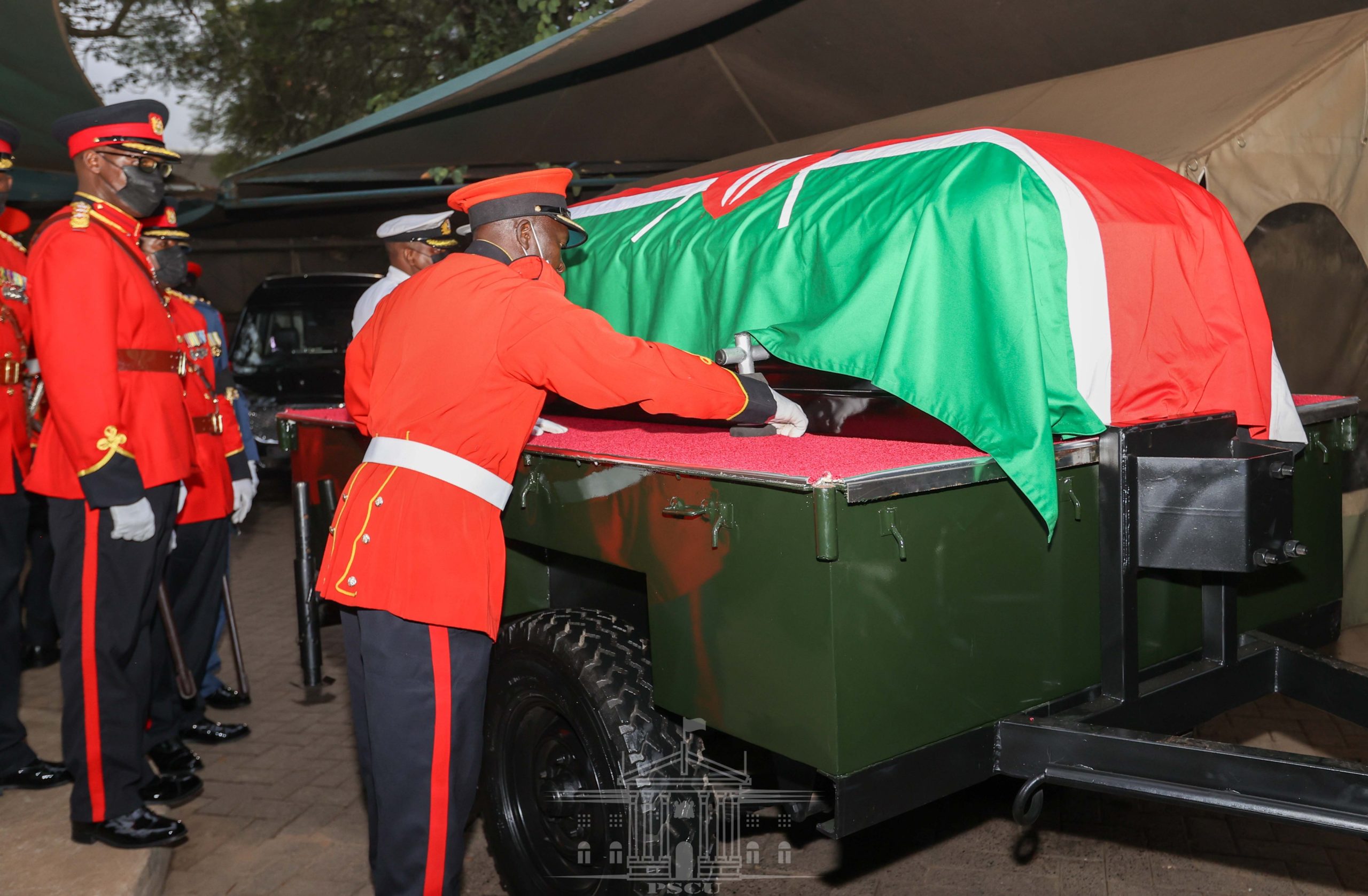 On Friday, the national state funeral will be place at Nyayo National Stadium, complete with military honors and customs. State House to Nyayo Stadium will be the route of the state funeral procession.

Full military honors and protocols are observed, including the conveyance of the former Head of State’s body in a Gun Carriage, accompanied by Military Musical Honors and a 19-gun salute.

The interdenominational national state funeral commemoration ceremony will be led by the Catholic Church.

Among other dignitaries, the burial will be attended by luminaries from around the world.

President Kibaki’s final rites will take place on Saturday, April 30, with a memorial service at Othaya Stadium. He will be laid to rest alongside his late wife Mama Lucy Kibaki at his Othaya home.

Subscribe to watch latests videos
In this article:Mwai Kibaki