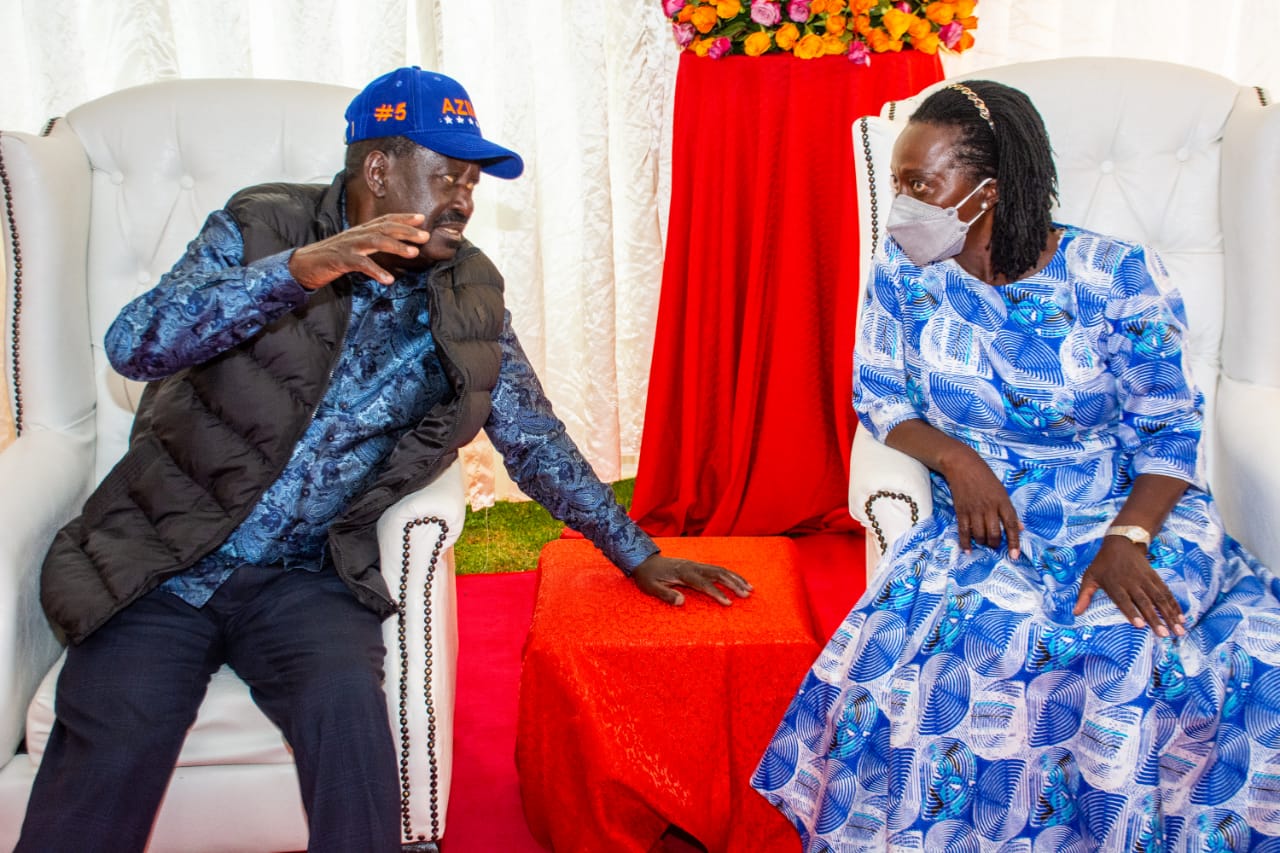 Azimio la Umoja One Kenya Alliance coalition presidential flag bearer has stated that he will concede defeat should he lose the August 9 general elections.

Speaking during a joint interview with journalists on Tuesday June 28, Raila sent a response to his competitor Dr. William Ruto who had asked him to say his stand of what he will do if he loses the elections.

“Definitely. I am a sportsman and I know that asiyekubali kushindwa si mshindani. I would easily accept defeat and congratulate the winner,” Raila said.

Raila further expressed confidence in the preparedness of the IEBC to conduct a free and fair election on August 9.

“I want to be convinced that preparations have been done to ensure a free and fair electoral process.  When I presented our papers to the commission, I accompanied it with a letter with 10 questions. They have partly answered the questions but there are some concerns which have not been satisfactory,” the former Prime Minister noted.

Martha Karua on her part stated that the commission, political parties, and candidates share responsibility for holding free and fair elections.

“We each have a responsibility to make the election free, fair and credible. Everybody involved in the electoral process has a role to play, if each one of us stood up for our country then we wouldn’t have complaints in elections,” Karua said.

In the joint interview the ODM leader spoke about a number of issues including what he would do on his first 100 days in office.

Raila revealed that he would allow the government to provide subsidies for some necessities, like fuel, which affect the price of other goods.

“We will look at the budget and make some adjustments in terms of expenditure both recurrent and development so that we can feed the people. We are talking about reducing the price of essential commodities such as maize flour, cooking oil and petrol,” the Azimio la Umoja flag bearer stated.