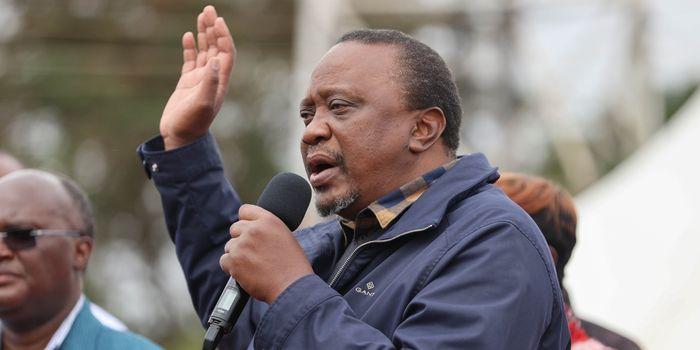 President Uhuru Kenyatta Whose term has come to an end is expected to retire with a hefty package that includes a fleet of luxury cars, a fully-furnished private office and dozens of workers.

After serving two terms as the fourth president of Kenya, Mr. Kenyatta will hand over the symbols of power to his successor and retire.

On Friday, the Assumption of Office of the President Committee convened for the first time in anticipation of his impending retirement.

Joseph Kinyua, head of the committee, said from Harambee House that the date of the president-inauguration elect’s will be a national holiday. He stated that the committee’s mandate will be activated after the election commission officially announces a president-elect.

The panel will also assist the president elect by briefing him on various public officials and organize the inauguration of the new leader.

As for departing President Kenyatta, the law authorizes him in retirement to two personal assistants, four secretaries, four messengers, four drivers, and bodyguards, bringing the total number of his taxpayer-funded personal office and home staff to 34.

President Kenyatta will also receive four cars, including two limos and two SUVs that are renewed every four years.

The president will receive a fully furnished office, assistants, two new limos and two new four-wheel drive vehicles, as well as other amenities such as housing, fuel, and entertainment allowances, and medical coverage.

He will be entitled to a one-year salary lump sum or golden handshake as gratuity for each term served. President Kenyatta will also be eligible for a monthly pension equal to 80 percent of his final month’s salary. The official remuneration of an incumbent president is 1.44 million Kenyan shillings.

The former president’s health is also taken into account, as his comprehensive medical coverage permits him to seek treatment both domestically and internationally. The insurance will also be given to his wife, Margaret Kenyatta.