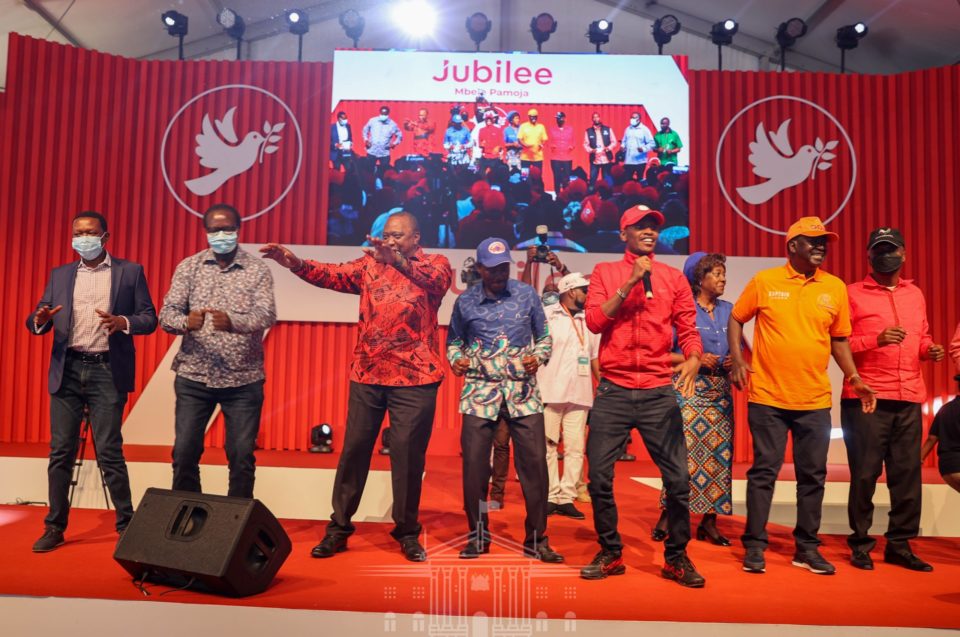 President Uhuru Kenyatta has come out with a plan that will see the ruling Jubilee party become dominant in the Mt Kenya region in the August general elections.

The head of state is now giving hopefuls running on the Jubilee ticket a variety of benefits, including campaign funding and access to certain government benefits.

According to the People Daily newspaper, President Uhuru plans to continue an aspirants’ mobilization drive in which he will welcome back some of the party’s most popular defectors.

Uhuru is said to have taken charge of monitoring the progress of ongoing activities in the party, which last month mandated him to continue serving as its leader even after retiring as President.

The head of state is said to have addressed aspirants from Kiambu County last weekend via a phone call in an effort to revitalize the party.

“It is my appeal to all of you that even after party primaries, irrespective of whether you will have received the ticket to vie for the seats, stand with our house. My house as Uhuru is big, the Jubilee Party is big, and even the incoming government is equally big and will have space for you. I will stand with you and I will be here with you so that we take care of the interests of the community,” Uhuru told the aspirants as quoted by the People Daily.

“Anyone who is looking for a party ticket will be facilitated. If you are having an activity, you will be supported with Jubilee merchandise. “he added.

The President is racing against time to decampaign the UDA party, which is allied to William Ruto and has become the most famous party in his Mt Kenya backyard.