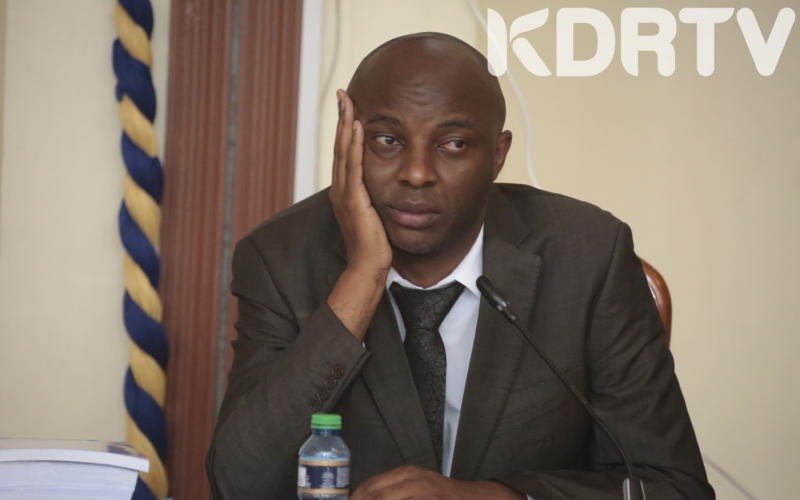 Muranga Gubernatorial aspirant Irungu Kangata has claimed that his phone was hacked by unknown people who want him to pay them Ksh 20 million.

This was after the hackers manipulated messages and sent them to over 2000 people to create an impression that Irungu had sent them money but reversed it.

“someone manipulating my personal mobile phone number sent at least 2,000 people messages on their mobile phones to create an impression that I sent them Sh5,000 each and reversed it.” The Muranga Senator told the police.

He claims the texts were sent to his close associates who assisted him in hosting an economic brainstorming event at Gakoigo stadium in Maragua Constituency, which was attended by Deputy President Dr. William Ruto.

Those who got the message called or texted Irungu Kang’ata, stating that they couldn’t withdraw the money because it appeared to be “locked.”

He claimed the goal was to give the impression that he sent the money and subsequently reversed it, which is false.

The senator claimed he afterwards received a call demanding Sh 20 million in ‘ransom’ in order to persuade the Communications Authority not to open an integrity investigation into his usage of his money transfer sim card rights.

According to  Kang’ata, the caller warned the investigation would hurt his gubernatorial campaign and “could lead to his disqualification to contest the August 9 General Election.”

The case has been forwarded to the Directorate of Criminal Investigations in Muranga to deal with the people behind it.

According to Murang’a South Police Boss Alexander Shikondi the suspects are using a device from Taiwan to send fake messages within a given radius.

“But the good thing is that we are trailing some individuals and we are zeroing in on one prime suspect. We will release details as we get a definite picture. But we have an idea that the origin of the message was a location in the neighbouring Kigumo Sub County,” he said.

Subscribe to watch latests videos
In this article:Senator Irungu Kangata