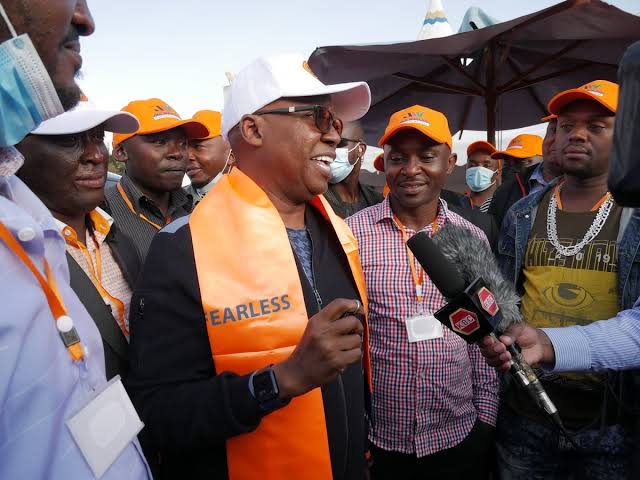 During an interview with NTV on Monday night, the Safina presidential flag bearer claimed that the ODM leader told him to become more active in politics since he was considering retiring.

“Raila advised me to join politics, he said he was retiring. He told me that he had helped the country enough and it was time for another generation to take over. I don’t know who, but I think someone is pushing him,” Wanjigi told NTV.

He went on to say that he fell out with the Azimio la Umoja presidential flag bearer after he sidelined him when he went into a handshake agreement with Uhuru Kenyatta.

He went on to say that his disagreements with Raila Odinga and President Uhuru Kenyatta are not personal.

Wanjigi also accused Wiper leader Kalonzo Musyoka of being forced to collaborate with Raila under his Azimio la Umoja movement.

“I was sidelined by ODM and I went to, my friend Kalonzo whom we were with in 2017. When we were in Kitui he asked me not to take him to Azimio or Raila Odinga again. How I see it, he is being forced to work with Azimio, I know him.” Wanjigi remarked.

Wanjigi insisted that he will be on the ballot despite his dalliance with Deputy President William Ruto.