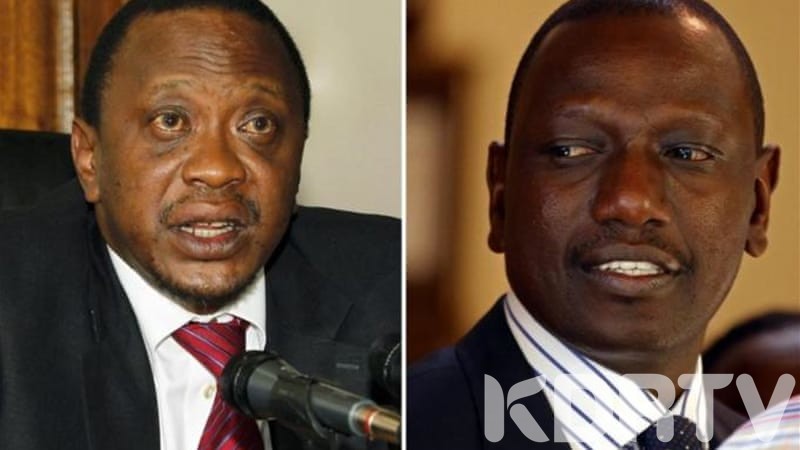 President Kenyatta has opened up on why he fell out with his deputy William Ruto after the 2017 general elections.

While speaking on Saturday at State House in Nairobi with Mt Kenya elders, Uhuru said that William Ruto was planning to impeach him.

According to the Standard, Uhuru said he was duped into taking over the administration while Ruto was in charge of the Jubilee party.

“The president informed us that Ruto was going behind his back, planning how he could close ranks with Raila to impeach him at an appropriate time,” Mathioya MP Peter Kimari said.

Uhuru further said that after Raila was inaugurated in as “peoples president” in January 2018, Ruto wanted him detained and prosecuted.

He also said that the second in command encouraged opposition protests in 2017 while also pressing Uhuru to put a stop to them.

In January, Jubilee vice chairman David Murathe stated that President Uhuru Kenyatta fell out with William Ruto because the DP was plotting to destabilize his administration.

According to the former MP Uhuru opted to work with Raila to ensure that everything he wanted to convey to Kenyans to be completed.

William Ruto’s allies have on the other hand dismissed the claims saying its propaganda to taint the DP as a bad person.