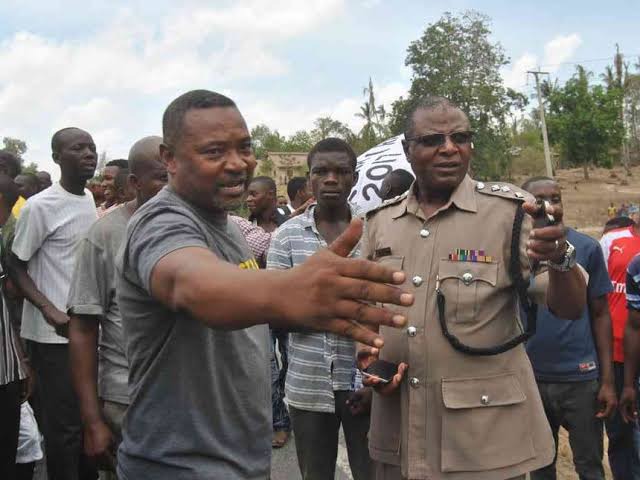 A suspect and witness in the murder case of former Kilifi County Deputy Governor Kenneth Kamto has described how the killings happened.

Kamto was shot dead at his home in Nyali estate, Mombasa County on December 12, 2018 when at least three people attacked him.

According to the suspect, Muasya Kiteme, who is a witness in the case, said that several robberies had been planned and carried out between December 10 and 12th.

They raided Kamto’s house on Dec 12.

Kiteme, who is serving a 15-years jail term, went on to say that he got a call from a friend who asked him to come to Sosiani area, Kongowea to help him with some job.

His friend arrived accompanied by another.

“He told me that there was work that needed to be done that day,” he said.

They met again at one o’clock at night and planned how they would break into Nyali’s house and steal property.

Their plan to steal hit a rock that day, and they met again at one o’clock the next night (December 11).

“We stayed there until about seven o’clock at night. A few minutes later, we jumped over the fence and entered one of the barracks. This time I discovered one of us had a pistol, ” he said.

They managed to tie the watchman but couldn’t enter the house because of sirens. When they were about to leave, they saw Kamto parking his car and decided to go rob his house which was close by.

“We were waiting for Mr Kamto, who was on the phone,” he said.

Court records show that the deceased spent approximately 10 minutes outside his home talking on the phone.

As he entered his house, from the back door, he said they followed him but when they reached the door, they met him coming back out and the confrontation started.

“The lights were on, so we all covered our faces. We attacked him and searched the house, ” he said, adding that they left with a few items they had stolen.

After the incident, Kiteme boarded a car and fled to Mwingi but was arrested after three months of investigation.

Kiteme was charged along with Gitonga and Joseph Amwayi Mukabana.

They were accused of shooting Kamto and robbing him of items worth Sh28,000.

Another suspect in the case is Florence Mwanza who has been accused along with Gitonga that on January 6, 2019, in the Kwa Bolu area of ​​Kisauni, they were found with three phone calls of Kamto and his wife, Fawzia Ndugu Omar. the trial is set to begin on September 8 and 9.