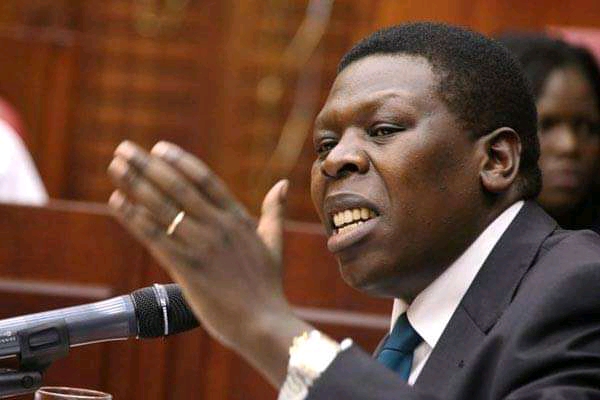 Speaking during the official launch at Bomas of Kenya, CS Eugene Wamalwa revealed that DAP – Kenya will be an umbrella of Orange Democratic Movement ODM (ODM) party leader Raila Odinga’s Azimio la Umoja that seeks to convene Kenyans under one basket of unity.

“DAP – Kenya will be part and parcel of Azimio la Umoja. We shall rally electorates across the country to vote for Raila in 2022. Raila is our presidential candidate. But in the interest of diversifying our roots across Kenya, we shall field candidates for other elective posts” Eugene Wamalwa said.

“I want to tell my Luhya brothers and sisters that trusting Musalia Mudavadi to derive you from the nightmare of political slavery is one of the major mistakes that you shouldn’t attempt to do. Musalia Mudavadi atafanya msalie nyuma. I have always been on the right side of historical and I know which faction will deliver presidency” he added.