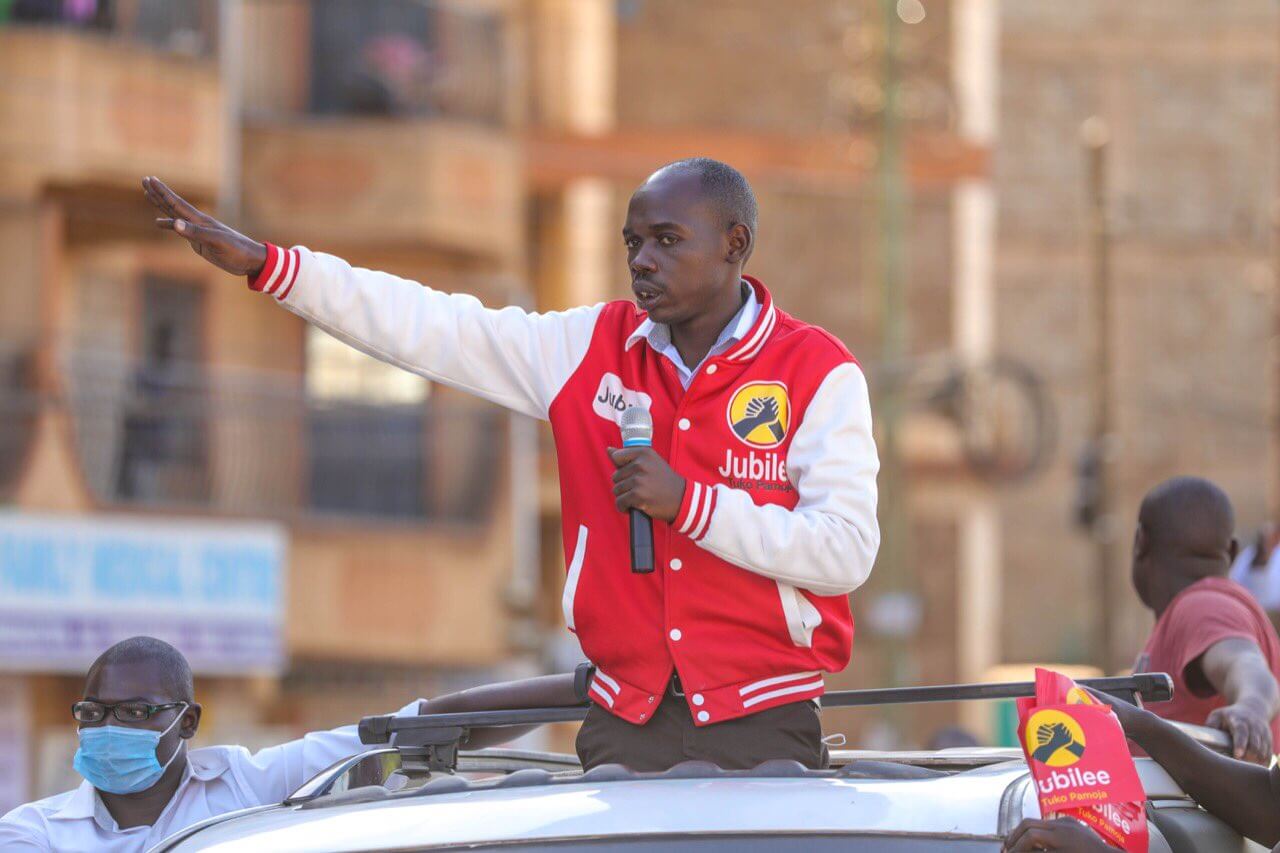 (KDRTV) – The people of Kahawa Wendani ward have voted to elect Kevin Ochieng as their new MCA. Ochieng is the brother of the late MCA Cyrus Omondi, alias Gearbox, who passed away in February.

Ochieng, who vied on a Jubilee ticket garnered 823 votes beating his closest challenger Bernard Karanja who came second with 641 votes. Karanja, who was backed by Gatundu South MP Moses Kuria, conceded defeat long before the tallying process had ended.

Reacting to the polls, Moses Kuria claimed there was massive intimidation of voters resulting in a low turnout.

“In Kahawa Wendani the intimidation and violence resulted in the lowest turnout in Kenya’s history at 12.5%. Our candidate Bernard Karanja Kariuki lost with 180 votes only,” Moses Kuria said in a Facebook post, adding that they conceded defeat without violence.

Ochieng will become the second Luo MCA to serve in Kiambu County following in the footsteps of his brother Cyrus Omondi who was found dead in his hotel room during a working trip to India. The cause of death has never been revealed.

The Kahawa Wendani seat has been won by a Luo vying on Jubilee, again. What's your favorite political commentator attributing this win to?

Kiambu Governor James Nyoro led the campaigns for Ochieng in the by-elections. Nyoro and Gearbox were very close and he could have been reciprocating the critical role played by the late MCA in the impeachment of former Governor Ferdinand Waititu.

Interestingly, Kahawa Wendani was the only seat claimed by Jubilee out of the six County assembly by-elections held on Tuesday. The Party lost the Gaturi Ward (Murang’a) to a candidate sponsored by Kiharu MP Ndindi Nyoro and Lake View (Nakuru) to a candidate associated with Senator Susan Kihika.